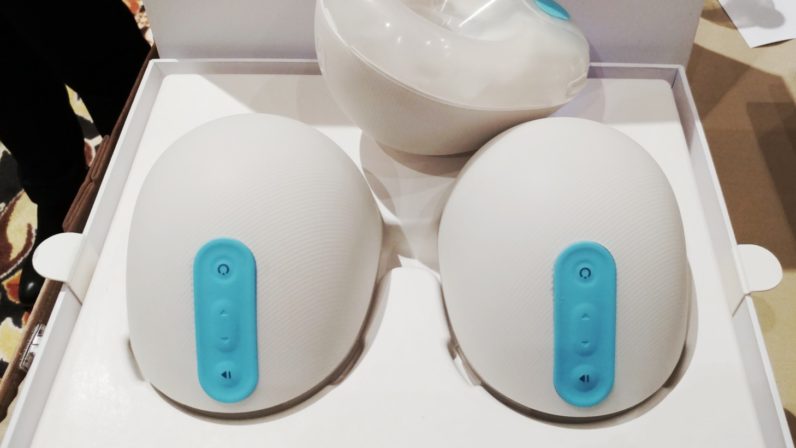 Let me tell you something about breast pumping: it sucks. Everybody hates it. No matter which side of the Mommy Wars you stand on (whether you’re pro breastfeeding or pro formula) we can all agree on one thing: pumping is the equivalent of hell on Earth.

Pumping is tedious, loud, it can hurt, take a long time and – worst of all – it completely holds you up. It also requires so much hardware: A pumping unit the size and weight of a brick, suction cups, tubes, tiny little uncleanable pieces, and – if you’re trying to be really efficient about it – a custom belt and backpack. You miss out on valuable baby time or have to take a break from work if you’re on the job (and don’t even get me started on companies giving mothers time and physical space to pump).

The Willow smart breast pump wants to change all of that. Debuting at this year’s CES, Willow claims to be the first truly wearable breast pump. It features two battery powered units shaped like, well, breasts, that you can wear under your clothes while you feed the baby, do household chores, drive and even sleep.

The two big standout features for me are the minimal hardware and sound. The Willow features only a suction cup and two other small parts, which you can stick in the dishwasher to clean. And say goodbye to the hellish pumping noise because it’s quiet. Like, really quiet – I had to press my ear against it to hear it – something that husbands will undoubtedly appreciate just as much.

The Willow is not yet covered by insurance, but the company’s founder, John Chang, assured me that that part will quickly follow. It’s in a similar price range to mainstream breast pumps, so I don’t see why not.

Willow is also being pitched as something you can wear during your morning commute or at the office without anyone noticing. “People will just think you’re a D instead of a B cup” Chang told me.  Doubtful, since they are made out of hard plastic, and are differently sized and shaped than many real breasts. Still, it’s less conspicuous than the alternatives.

It’s $429 for a pair, so it doesn’t come cheap – but neither do most breast pumps. It’ll go on sale during the spring later this year.