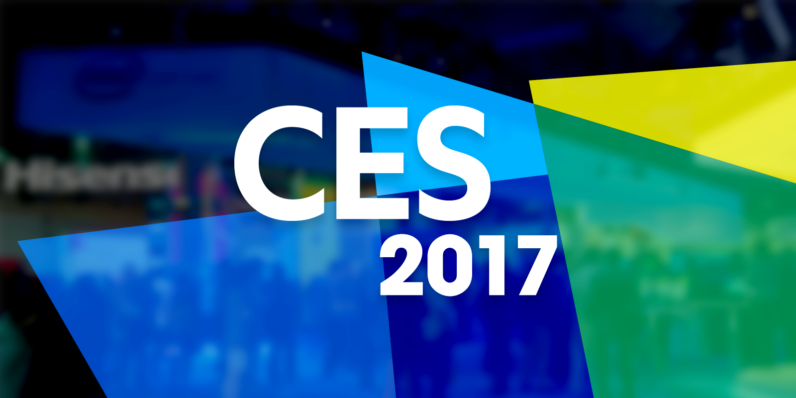 CES is the world’s biggest tech event. With nearly 200,000 attendees flooding into the Las Vegas strip for a week, the conference shines a light on much of gear we’ll be using over the years to come.

We’ll be on the field covering all the biggest announcements, weird gadgets and cool new tech at the event. Here are some of the trends you can expect – and some to ignore. That said, keep in mind some of the best thing about CES are the things none of us could predict.

Televisions are CES’ bread and butter – the event practically defines every model to be released over the coming year. While normally resolution and size have been the headline features, expect HDR playback to become standard on pretty much every new TV announced at the event.

HDR support helps TVs display a much wider range of colors and brightness than in years past, but few TVs in 2016 could really push the format’s potential. 2017 will bring color and brightness to the forefront on models in all price ranges. Rumors indicate Sony might begin producing OLED TVs, and Samsung might even have an all-new display technology in store.

That said, we’re likely to some 8K displays as well – we’re not complaining.

Virtual reality is in a weird place right now; everyone knows what it is – that it’s the next big thing – but few have actually experienced it. That’s because experiences have been limited to cheap gimmicky headsets or expensive premium experiences requiring powerful PCs. 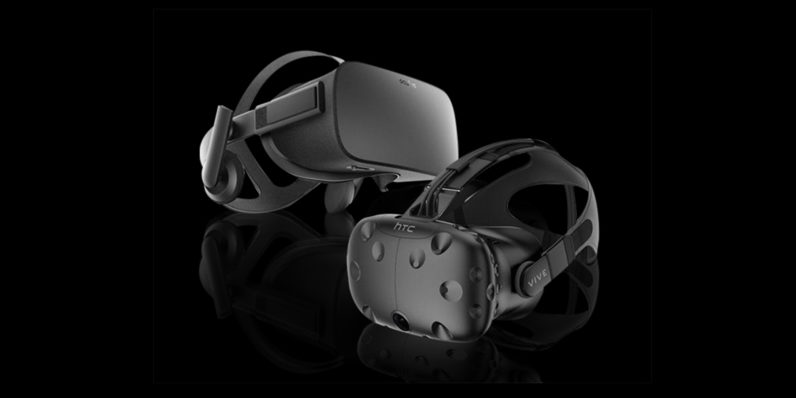 We’ll start to see more standalone VR experiences at CES – we’ve already been pitched a few. These might serve as personal home theaters so that you can watch movies on an IMAX sized screen from the comfort of your bedroom.

On the other hand, HTC is rumored to be unveiling its newest updates to its Vive headset, so expect the high boundaries to be pushed as well.

It’s pretty hard to find bad headphones nowadays, but the problem is that even the world’s best headphones still sound like headphones, with the sound mainly stuck inside your noggin.

In part thanks the advent of virtual reality, companies have been paying more attention to proper spatial audio (Dolby’s Atmos and Sennheiser’s AMBEO technology, for instance). These technologies are able to imitate cues your brain use for locating sounds, and can help headphones sound even more realistic than the best surround sound setups.

Smartwatches haven’t done too well. The most successful smartwatch – the Apple Watch – often feels like an afterthought compared to our phones, laptops, and tablets. And Pebble, the Kickstarter darling, just sold to Fitbit.

But fitness trackers have survived because they serve a specific niche – and there are other niches to be filled. Baby monitors, pet trackers, and even new kinds of fitness trackers will likely all be on display.

Microsoft showed the world desktops still have plenty of room to innovate with the Surface Studio, and with VR often demanding more powerful hardware than ever, desktops have the chance at something of a renaissance.

PC manufacturers will likely be showing off all sorts of zany form factors. As we wrote back in November, the Surface Studio is likely a template for other companies to follow, and we’ll see other devices with similar stylus-ready form factors starting to show up, and maybe even their own take on the Microsoft Dial.

As for gaming systems, we’ve already seen a couple of backpack style rigs for VR. Companies may also try to fit VR-ready graphics into smaller form factors to make them a bit more palatable to users who would traditionally use a laptop. Speaking of….

With Nvidia’s Pascal and AMD’s Polaris architectures, laptops graphics are getting increasingly close to their desktop counterparts. That means more VR-ready laptops than ever, in slimmer form factors. We’ve seen this in laptops like Razer’s Blade series or Alienware’s newest trio, and more companies will be joining in on the fun.

If we’re lucky, we might even see VR ready 2-in-1 convertibles too.

If not, look out for Thunderbolt 3 graphics enclosures. Like the Razer Blade Stealth and the Core accessory, pretty much any Thunderbolt 3 laptop can get a performance boost through an external graphics card dock. Given how many USB-C enabled laptops already feature Thunderbolt 3, expect this to become more common.

Microsoft has also slowly but surely convinced the world that 2-in-1 systems are the future for mainstream Windows laptops. We saw many more convertibles last year, but expect fewer ultraportables to feature a traditional fixed hinge.

At the very least, chances are it will flip over like a Lenovo Yoga; Dell’s already jumped on board with its newest XPS 13. In the same token Microsoft’s stylus push and upcoming Creators Update means most of these convertibles will come with stylus’.

USB-C is pretty much the best connector ever, superior to the larger USB-A and smaller Micro USB in pretty much every fashion.

And while not every USB-C port is made the same – the spec can vary in transfer speeds and power delivery – the potential to power almost any device using the same tiny connector could finally rid us of the mess of varying cables we’re all used to.

On the wireless front, Bluetooth 5 is a pretty big deal. It quadruples the range (enough to fill a entire home) and doubles the speed (up to 2 MBps), allowing accessories to be more powerful. That means headphones with better range and sound quality, and more powerful, faster wearables.

For all the tech magic CES delivers, it’s usually fairly light on the most common gadget of all. That’s because most of the big smartphone makers reserve their announcements for their own events or next month’s Mobile World Congress. 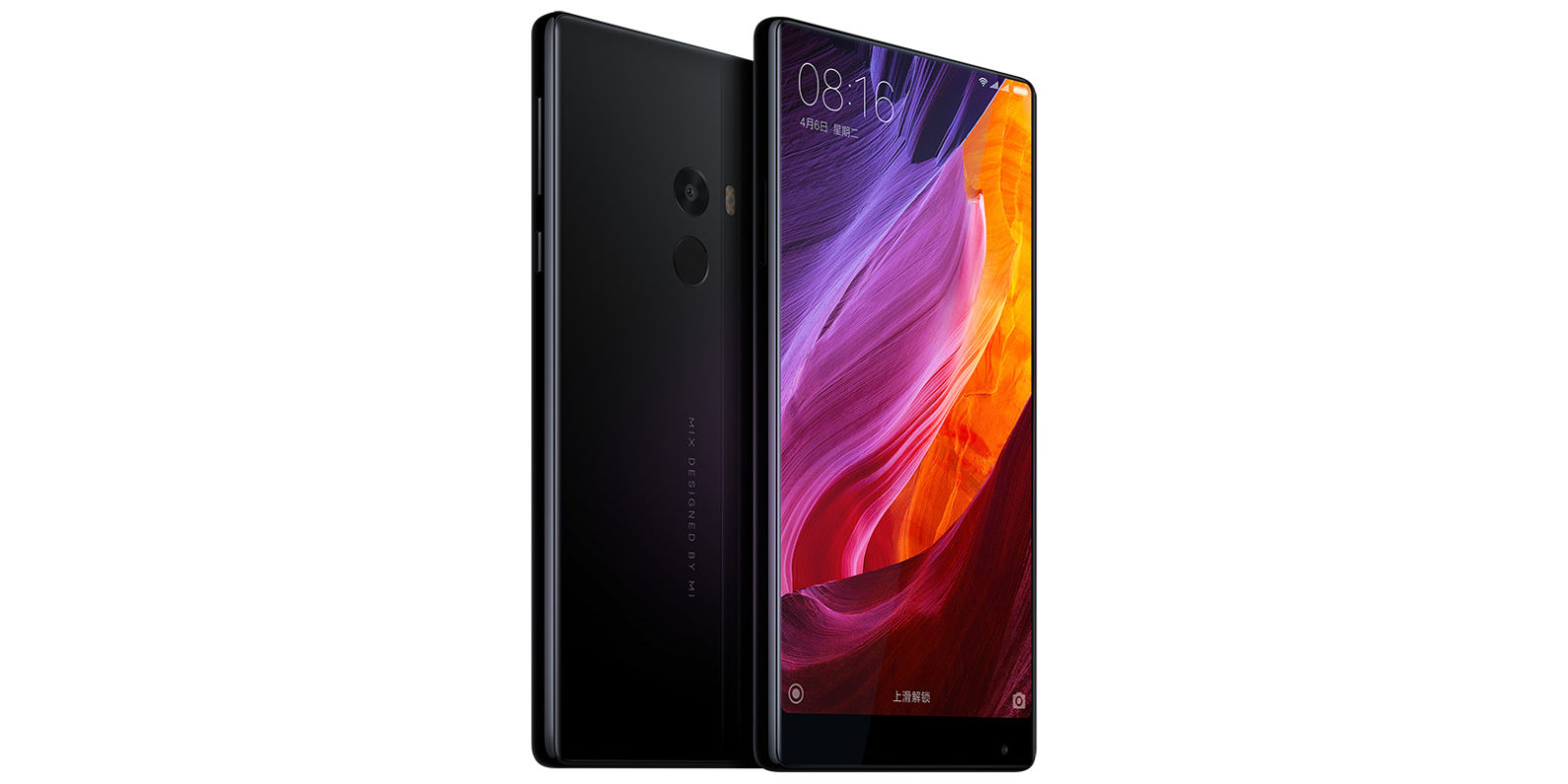 That said, Chinese phone makers will likely have a bigger presence than in previous years. Xiaomi is slowly getting ready to enter the US market, and Huawei is looking to make a bigger mark as well. How exciting any announcements are, however, remains to be seen.

DJI showed off AI tracking systems for its Phantom 3, and GoPro showed similar abilities with its compact foldeing Karma. Now other brands will have to show off their AI chops.

One of the biggest obstacles to buying a drone is the difficulty of flying them; anytime that barrier is lowered, more people will be willing to pull out their wallets.

There’s a ton more we can cover – electric vehicles, fancy washing machines, zany robots – but no amount of text will get through it all.

The cool thing about CES is that a lot of the best things aren’t the things you expect at all. Maybe there’s a cool display that catches our eye, or a clever accessory no one’s thought of.

Read next: Mark Zuckerberg is going on a road trip