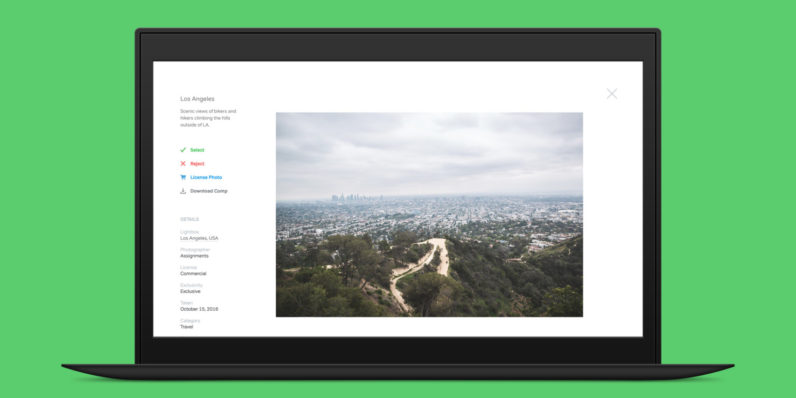 500px has come a long way from being a small community of photography enthusiasts when it was founded in 2009, to a global platform for amateur and professional photographers to showcase their work and license their images to companies and brands.

With more than 8 million members on board, it’s now taking the next step in making photography services available with 500px for Business, which lets companies commission custom imagery from its pool of photographers around the globe.

Once you outline an assignment brief with details of what you need photographed, along with location preferences, a deadline and your budget, 500px will match your project to vetted photographers on its platform.

You can then view, curate and test photos in your own projects, and if you like what you see, purchase them for exclusive use. 500px also helps businesses discover which images convert best on actions like clickthroughs and purchases with code snippets added to hosted images on the client’s site.

Speaking to TNW, CEO Andy Yang explained that the launch of 500px for Business is the next logical step in the evolution of its service.

In addition to assisting companies in securing authentic, on-brand imagery, he said, this program also allows creators a chance to work on challenging briefs and potentially supplement their own photography businesses.

It also allows for large-scale projects, such as photographing several properties in numerous cities around the world. Yang said that such tasks would previously prove difficult for creative agencies to pull off, but 500px’s global pool of creators makes these goals more realistically achievable.

500px for Business projects generally start at about $3,000 per month and is suitable for everyone from a small creative firm to a Fortune 50 company. The new service builds on 500px’s vision to make photography more accessible to brands; it recently launched RAW, an iOS camera app that lets photographers shoot and license photos directly from their phones.

Read next: Watch Dogs 2 player spreads a hidden vagina, gets banned by Sony