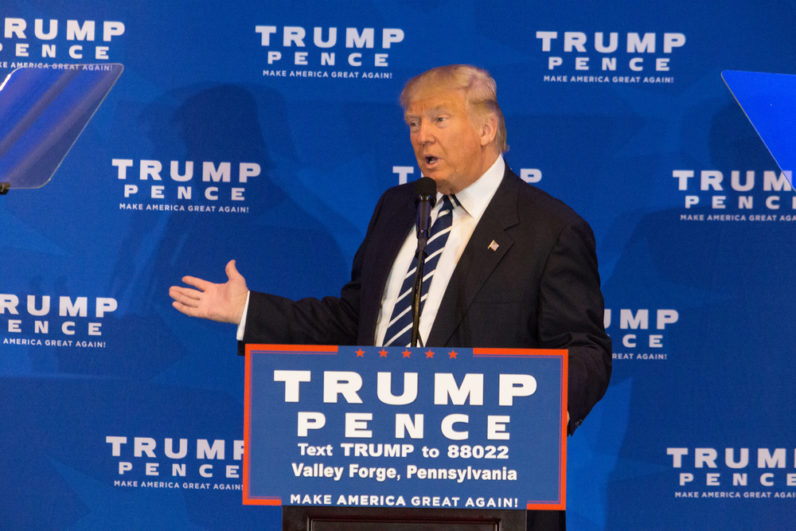 How could we be so wrong?

In the months leading up to the election, like many others, I was convinced that Hillary Clinton was on a smooth course to victory. Trump, I rationalized, was too divisive. Too extreme. Too much of a political outsider. Every day, I would religiously turn to Nate Silver’s FiveThirtyEight for comforting statistics about how Clinton was besting Trump in the polls.

It seemed like a sure thing. And then last night happened.

When the first votes were counted, I was at an election party with some former work colleagues.

At 2AM, I hugged my friends goodbye and jumped into an Uber. By the time I got home, everything had gone to shit.

Clinton’s grasp on victory was looking tenuous. And then it was gone.

For most Europeans, the idea that Americans could vote for someone as vulgar and as controversial as Donald Trump is inherently shocking. But perhaps what compounded the shock is that nobody thought it was possible.

We had collectively convinced ourselves through data points and opinion polls that a Clinton presidency was all but guaranteed. Even the Republican National Committee thought Trump was screwed.

We had been lured into a false sense of security by people like Nate Silver, and Maxim Lott, and John Stossel, whom we had put on a pedestal. And we did it because these online pundits told us what we wanted to hear.

The sad truth is that we knew nothing.

We need to climb the fuck out of our filter bubbles

I don’t actually know anyone who voted for Donald Trump. Most of my friends are like me. They’re college educated. They’re politically left-of-center. They read the news websites I read, and listen to the same podcasts.

My Twitter feed is a 920-person curated list of people I’m likely to get along with. Like most people, I live in a filter bubble of my own creation, where the only perspectives I’m exposed to are similar to my own.

I’m convinced that these filter bubbles in which we reside are ultimately harmful. To society. To civil discourse. To democracy.

Over 58 million people voted for Trump. I don’t know one.

I don’t know anything about their lives, or the economic anxieties they face. I don’t know why they voted the way they did.

Perhaps that’s why his victory was such a surprise. It’s incredibly hard to look beyond the horizon of your friends list and see something you really don’t want to see.

I’m convinced that most people who voted Republican yesterday are inherently good people. They voted for Trump because it made rational sense to them. This is the same reason why anybody votes for anything. I imagine no small part of Trump’s triumph is that these people feel ignored, misunderstood, belittled and marginalized.

And I worry that social media only exacerbates this. Facebook and Twitter let you shut out these people from your world. Once they’re gone, you don’t have to look at them as people. You can reduce them down to just just “Trump supporters”, and you don’t have to worry yourself about their concerns, or listen to their arguments.

Like most people in the UK, I grew up watching American TV and movies. To me, the United States was always this bright, beautiful place where anything was possible, and where things always got better.

When I got older, I discovered Aaron Sorkin. I would binge-watch The West Wing, and later The Newsroom. These shows painted an aspirational view of what American politics and journalism could be like. I’ve always felt optimistic about America.

And to tell you the truth, I’m terrified of what a Trump presidency would mean for the world. What it would mean for peace and progress. For prosperity and kindness. For the fight against climate change. I’m genuinely afraid.

I just hope that I’m as wrong about Trump as I was about Clinton.

Read next: Trump knows nothing about tech, and that's scary