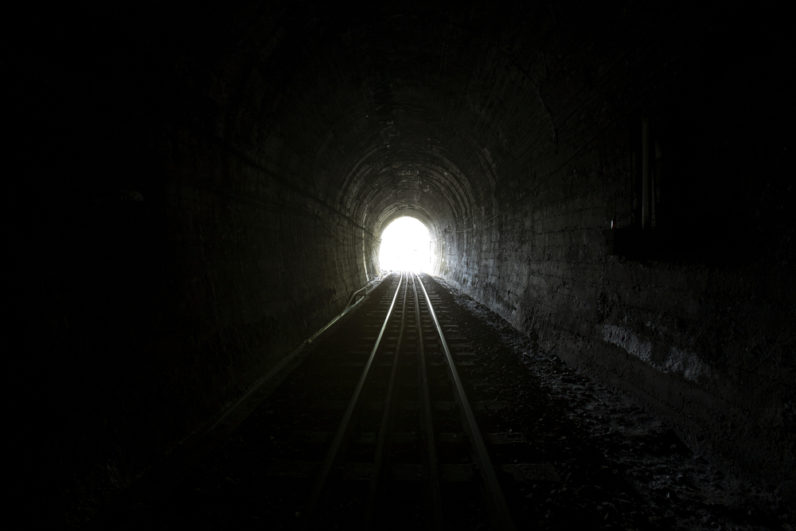 It might not be too apparent for the casual reader, but the publishing industry is in a state of panic.

This isn’t the ‘wave your arms and run for your life’ kinda panic, but more a deer in the headlights.

With the constant changes occurring in this industry, it’s increasingly difficult to keep up – always adjusting your course, developing new products and services, or simply reacting to an evolving world. How much longer can we all keep up?

Major news publishers, once thought to be impenetrable, are no longer enjoying the monopoly they once held on discourse.

We’ve all heard the reports that magazine print subscriptions were down, but digital magazine sales are up.

And we all know why. From brick-and-mortar stores with websites, to online-only retail, to – gasp! – print magazines, every industry is seeing their online sales increase. Everyone is racing towards the digital light.

In an industry recently dominated by digital native publishers, now established print publishers are reporting impressive audience growth. Ironically, many of these newcomers are suffering. Buzzfeed is experiencing declining traffic, and Gawker is long dead.

But the lines have blurred between traditional and digital publishing as we see old-school businesses try to be more like the new-school ones, and vice versa.

For example, digital native publishers aspire to build the trust that traditional publishers carry, hiring well-respected journalists… Vice’s Pulitzer Prize for journalism is only the beginning.

Messaging as a means

It wasn’t all that long ago that companies were investing in gamification, blogging, iPad formats, Twitter integration and even Second Life sessions.

Now, with ‘Instant Articles’, Facebook is vying to be the biggest news publisher on the web.

So in addition to whether Google’s AMP is a risk or an opportunity, and the continual rise in ad-blockers, we also need to consider moving our content to Facebook. And by the time we play catchup with these ‘latest and greatest’, there will be new buzzwords and technologies to adjust to and plan for. It never ends… and in reality, it shouldn’t.

It’s a tough dilemma, though, for many publishers anxious to turn over control and ad sales to these tech giants. It’s also hard to resist the massive reach and influence that come with these partnerships.

Advertising as an option

News publishers still predominantly rely on advertising and subscription revenue to make money. However, these revenue streams have become harder to rely on due to increased usage of ad blockers and the general trend that most millennials do not want to pay for news.

As a result, publishers have been forced to rethink their value proposition in order to tap into alternative revenue streams.

Earlier this year, two unlikely frenemies – Adblock Plus and Peter Sunde, founder of Pirate Bay – joined forces to offer publishers a new way of getting paid directly from users without paywalls.

Flattr Plus allows users to designate a certain amount of money for content, and publishers receive 90 percent of the proceeds.

But publishers seem to be hesitant about this approach, mostly due to their loathe for what’s caused the industry so much loss in the first place.

The (real) future of publishing

If the past two decades has taught us anything, it’s that we can safely assume that the world is going to change faster and even more disruptive than it has before.

I’m not depressed or frightened or even worried about this, though I don’t want to downplay the risks.

Many legacy publishers will miss the revolution and companies will fold. Readers might lose publications they loved and some truths that would be uncovered by classic publications might not be discovered, and that is not a future benefiting anyone.

But I believe there’s an opportunity for a new kind of publisher, not threatened by new developments but inspired.

Companies that accept they’ll have to reinvent their business every single day, and find a rhythm to do just that will thrive. It’ll also mean that we might have to go through a rougher period where we will lose some things we took for granted, but that’ll be necessary to create demand.

We might not be able to charge people at this very moment in order to keep certain publications alive. But once they’re gone, they will be missed and we’ll have the opportunity to bring them back if we are tactful.

It’s often said the technology giants don’t fear each other as much as they fear two nerds in a garage. So while there’s a state of panic in publishing, we can see a few deer perking their ears up and slowly looking around. They are not blinded by the light, but understand that there’s a opportunity to be taken advantage of.

Read next: Roll like Casey Neistat with this awesome Raspberry Pi-powered electric skateboard