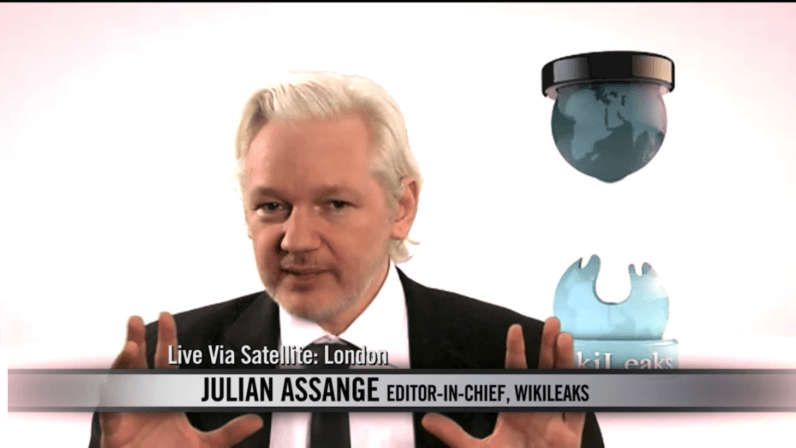 Earlier this week, Ecuador’s government disconnected Julian Assange from the Internet in order to prevent him from further interfering with the ongoing US election.

But Assange might not be twiddling his thumbs for long. Operation HotPockets is an initiative to bring Assange back online.

It calls for Londoners to mob Ecuador’s embassy with open mobile Wi-Fi hotspots, taking shifts to provide the WikiLeaks founder with Internet access.

#OpHotPockets #debate Go to the Ecuadorian embassy & provide Julian Assange Internet via mobile hotspots. He gave all for us Lets give back! pic.twitter.com/Dvbp3f3fXs

The operation is scheduled to happen tomorrow. There’s no word on how many people will show up, or if Assange is even aware of its existence. Given 4Chan and Twitter have responded enthusiastically to the idea, I’d be surprised if there wasn’t a large turnout.

Ecuador kicking Assange off the Embassy Wi-Fi seemingly hasn’t had much of an impact on the activities of WikiLeaks. Its Twitter account is still active, and earlier today it posted another caché of emails from Clinton campaign chief John Podesta.

Read next: You can now create Google Docs within Slack (plus other new features)