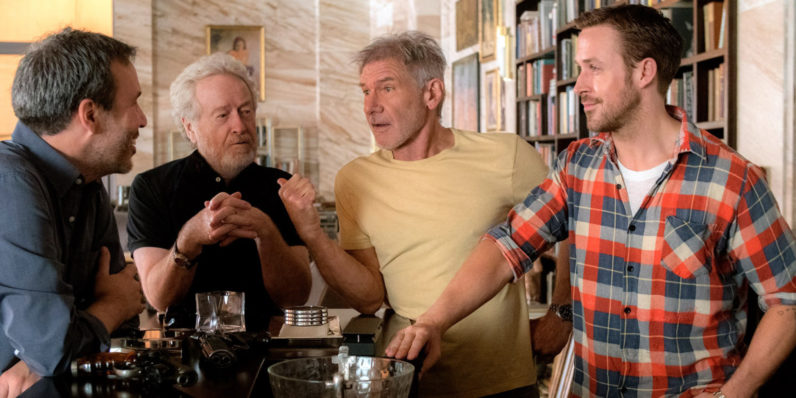 It’s been 34 years since the release of Ridley Scott’s cyberpunk masterpiece, Blade Runner, and it looks like he’s ready to recreate the magic again with a sequel.

Blade Runner 2049 will arrive in theaters on October 6, 2017 – exactly a year from now. The upcoming film doesn’t offer many details, but we do know that Harrison Ford will reprise his role as Detective Rick Deckard and star alongside Ryan Gosling in a setting 30 years ahead of the original.

The film will see Denis Villeneuve in the director’s chair, and according to IMDb, more stars on set like Jared Leto (Suicide Squad) Mackenzie Davis (AMC’s Halt and Catch Fire) and Robin Wright (House of Cards).

Blade Runner 2049’s release will be supported by the launch of VR experiences that are exclusive to the Oculus Rift. It isn’t yet clear exactly what those will be like, but they’ll hopefully allow you to immerse yourself into the futuristic universe.

In the photo above, you can see Scott, Villeneuve, Ford and Gosling around a bar and what appear to be prop weapon prototypes. You can follow the film’s Facebook page and Twitter account for updates.

"Blade Runner 2049" Arrives In One Year on Warner Bros.

Read next: MadeByGoogle store to open in Lower Manhattan