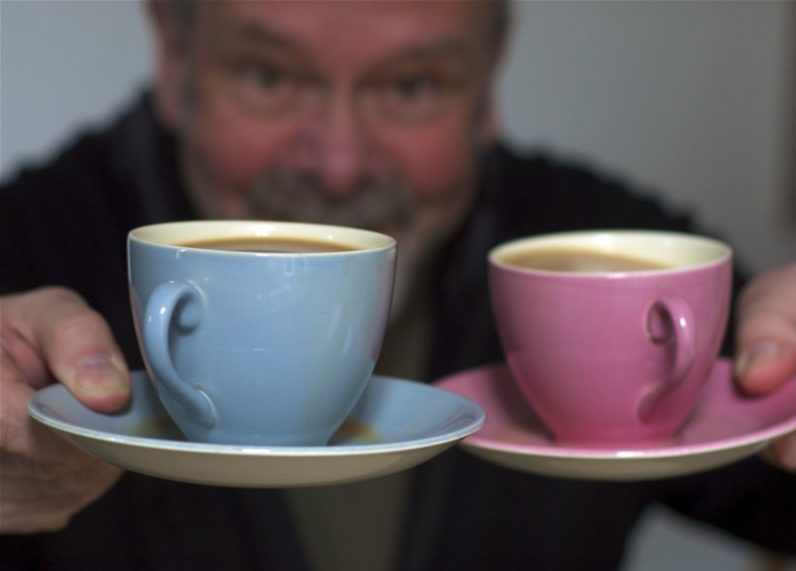 Okay folks, pay attention. I’m going to tell you how to make the perfect cup of tea.

First, you get a mug – any mug – and fill it with about one inch of milk. Then you throw in a tea bag, preferably Yorkshire Tea. Then you add boiling water, and leave it to stew for two minutes. Take the teabag out, and you’ve got the perfect cuppa. Trust me, I’m British. I know how this shit works.

But how do you replicate that in a virtual reality environment? Japanese electronics company ALPS thinks it’s got the right idea. It’s created a virtual cup that replicates the tactile sensation of what it’s like to hold a brew, but without any liquids involved.

According the Engadget, the cup is roughly “the size of a typical tumbler”. It can transmit the tensile strength and temperature of the beverage you choose. So, if you’re trying to replicate the sensation of tea, it’ll be hot, and if you replicate the sensation of a cold glass of water, it’ll be cold. As you tilt the cup, you can feel the weight shift and the liquid inside splash.

The cup can even replicate the feel of different materials. So, if the cup is a ceramic one, it’ll feel strong and robust. If it’s made of plastic, there’ll be a little give.

But I can’t lie, when I heard about it, I did wince a little. After all, I’m British. Tea is sacred. The idea of having a brew in virtual reality just feels wrong.

How about a nice hot cup of virtual tea? on Engadget

Read next: Apple is putting the kibosh on its third-generation Apple TV