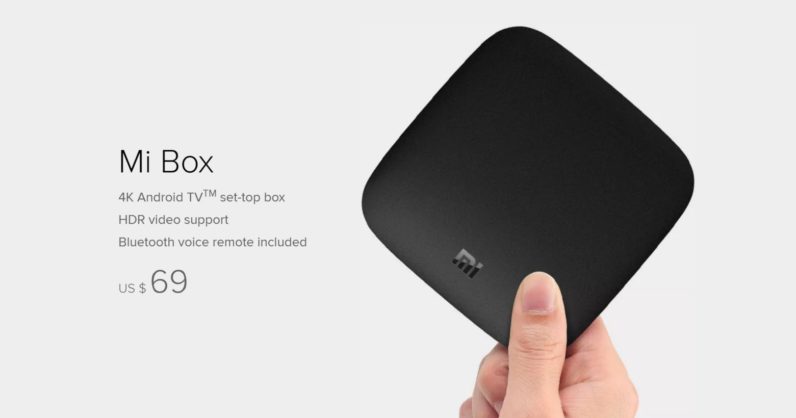 Remember Android TV? Google’s TV OS hasn’t been nearly as successful as its tiny Chromecast devices, but that isn’t stopping Xiaomi from releasing its own 4K set-top box powered by the platform.

We first heard about the Mi Box way back in Google I/O 2016. It’s the cheapest Google Cast device to offer 4K HDR streaming at just $69. For comparison, the Nvidia Shield costs $200, and the rumored Chromecast 4K would cost the same, but include fewer features.

The main difference is that Chromecast units currently can’t work without streaming content from another device like your phone or computer. You can’t just plop onto your couch, pick up the remote, and start watching something. That makes it harder to discover new content or let less tech-saavy friends and family control your TV.

Android TV devices, on the other hand, can do virtually everything a Chromecast can, but also include a remote with voice-control support and a full-fledged TV OS that lets you browse through content without ever picking up your phone. The platform was pretty rough around the edges when it launched, especially as Google always prioritized its own content in searches, but has recently grown a little less biased (although not anywhere as universal as Roku).

Spec wise the Mi Box should be enough to perform smoothly, if nothing to write home about: 2 GB of RAM, 8 GB or storage, an ARM Cortex-A53 CPU and a Mali 450 GPU. My Nexus Player generally performs well with lesser specs. Unless you’re very particular about Android gaming, you should be just fine.

The Mi Box comes with a few perks too: a $50 Sling TV credit, a 3-month Pandora trial, and a $5 VUDU credit. If those are your jam, it basically pays for itself.

The Mi Box is available now at mi.com or at Walmart (Walmart.com in “early October”)

Read next: Some are touting this as the bank card of the future -- it's not