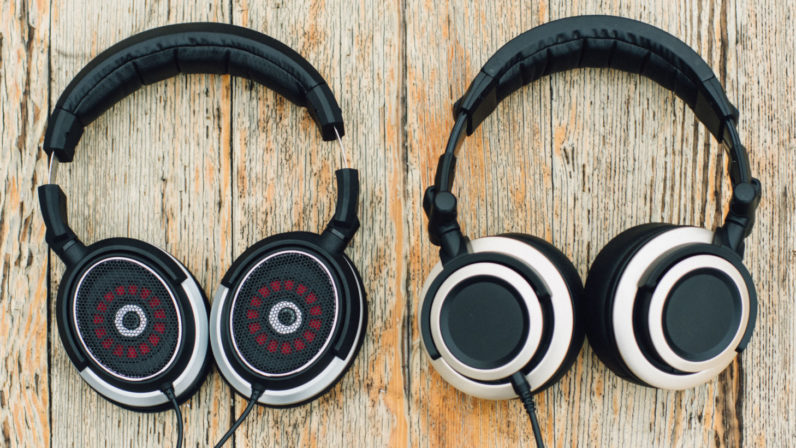 As a tech journalist, I’m lucky enough to review a lot of expensive headphones, and try out even more. I like most of what I test – it’s really hard to find bad headphones nowadays – but it’s rare that I’m truly impressed.

Enter Status Audio, a small Brooklyn-based company that’s been gaining some momentum for its wallet-friendly headphones with legit audio chops. The company only sells directly to the consumer, which helps trim overhead costs from distributing and marketing its products and apply it to R&D instead.

CEO James Bertuzzi emailed me and casually offered two models up for review, the closed-back CB-1 and open-back OB-1. I was enticed by previous impressions comparing the former to the venerable Audio Technica ATH-M50, but at an alluring $79 bucks. The M50s are, after all, probably the most recommended headphones at the ~$150 price point, and with good reason.

A contender at half that price is hard to ignore, given I’ve spent more sleepless nights than I care to admit researching some of the best budget options on audiophile forums throughout the years. Thankfully, Status Audio delivered in kind.

Design-wise, the two have little in common. The CB-1 have a fairly generic DJ monitor look, with earcups that turn outwards so you can listen in on the rest of the world. They have a bit of a brushed pale-gold trim that looks like it could come off after a few drops, but the headphones otherwise feel pretty durable. While they won’t win any style points, they don’t look bad either.

The single-sided cable is removable, and the box comes with both coiled and normal options. No microphone included, but these aren’t really aimed at commuters (although they’re easy to drive out of a smartphone).

The CB-1 are amply padded, light and extremely comfortable to wear for hours on end. They also provide solid, though not exceptional isolation.

As a testament to Status Audio’s boutique nature, the company quickly responded to customer feedback after the release of the CB-1s and adjusted the padding on the cups to be softer and sit more comfortably around the ear.

I tried out both versions of the headphones, and though I didn’t have an issue with the original pads, the improvement was night and day. It’s pretty cool to see a headphone company is actually, you know, listening, and acting upon complaints quickly.

The OB-1 look a bit more spiffy, with an open back, Sennheiser-esque aesthetic, with the added pizzazz of a red acoustic filter visible through each cup’s grill. They’re also very comfortable thanks to the velour padding, although some might find the clamping force a bit high.

Unlike their closed back sibling, the OB-1 come with a non-detachable 10-foot long cable running out of both ears. I don’t mind it, but that, coupled with the open-back design, means most people will want to use these exclusively at home (though I took them out and about a few times).

Both headphones also have thick cables with solid strain reliefs, which bodes well for durability.

Where the designs are practical but unremarkable, the sound impresses.

The two headphones have a surprisingly similar sound signature given their different designs. I’d describe them as a ‘fun’-neutral sound (a mild U-shape, for the more technical folks). That basically means the bass hits harder and treble has a bit more sheen than the traditional neutral sound often preferred for monitor type headphones, meant for listening at home or in the studio.

But I’m not complaining, as that’s pretty much my favorite sound signature. I have have wildly varied tastes ranging from Gregorian chants to Carly Rae Jepsen, and I like a headphone that can keep up. It’s an immensely pleasurable tuning that’s hard to dislike for almost any genre.

The OB-1, as expected presents the wider soundstage of the two, adding to the illusion the sound isn’t coming right from your ears. But unlike many open-back headphones, it maintains as solid a bass presence as its closed back sibling, while providing superior positioning. In fact, I think its the slightly ‘darker’ sounding of the two models.

The CB-1 can reach a bit deeper into the sub-bass regions, for that deep rumble from organs and extra bass kick, but it’s not as much of a difference as you might think. On the other hand, the CB-1 have a surprisingly wide soundstage for a closed headphone in this price range, making them pleasantly adept for classical music.

The midrange is relatively free of muddiness from the powerful bass, and the treble sparkles nicely. I also didn’t notice any sibilance (harsh ‘s’ sounds and other abrasive noises) from either model, and both headphones are pretty easy drive out of a smartphone.

Compared to the ATH-M50s (powering them both through the excellent LG V20), the CB-1 has slightly less harsh treble and more kick in the bass. There seems to be a bit less detail in the treble, but that might be down to overall highs being more pronounced on the M50 anyway.

Bass feels similarly textured, and I think the CB-1s actually have a noticeably better soundstage. If you want something more neutral, you’ll prefer the M50s, but overall sound quality is a wash. Meanwhile, the OB-1 just sound better than either to my ears, although again, the sound is tuned a bit more on the ‘fun’ end of neutral.

I tried them against some more expensive models too, including the $400 Oppo PM-3 and $200 Moshi Avanti. They all have very different sound signatures – the Oppo are laid back, the Avanti have very foward treble – but I was impressed at how well Status’ headphones kept up. They were pretty much as good as the Avanti – which I liked a lot and though they lost out to the Oppo’s a bit on detail and refinement, I still preferred the Status’ house sound signature.

Bottom line is that the OB-1 has a slight edge in sound quality of the two models, but your preference will be subjective and contingent on whether or not you mind your headphones letting sound in and out. And really, they both sound great – I can’t think of any headphones that obviously sound better until I start looking in the $200+ range, and even then, it’s a tough call.

Audiophilia on a budget

At $79, the CB-1 and OB-1 both punch well above their weight. No, the detail isn’t going to live up to the fanciest headphones out there, but they get closer than they have any right to. With several headphones in the $200+ range, I ended up coming back to Status’ products a lot more than I anticipated.

Even if they aren’t the most detailed cans I’ve ever listened to, they feel like they’ve been carefully tuned for a variety of genres, (evidenced by the similar sound signatures despite radically different designs). That makes for an awesome listening experience with any type of music I could throw at them.

That being said, these aren’t for folks looking for convenience on their commutes. I couldn’t care less what my headphones look like or if they have a microphone as long as they sound good, but those limitations are worth keeping in mind. The company does have more commuter-friendly products with in-line mics, but I didn’t get to try these.

It’s also worth noting that’s it’s not like these are the only headphones that punch above their weight. I’ve seen products from brands as variegated as Phillips, Superlux, Monoprice, JVC, and more provide great options in the sub~$100 range. It’s worth spending some time in forums and reddit investigating the best budget offerings across a variety of price ranges and sound signatures.

Those caveats aside, the refined tuning and personal touch of a smaller company have helped Status’ headphones become my top recommendations for anyone looking at headphones at $150 and under – if you’re not looking for any fancy features. Even if your budget is higher, these are well worth a look.

Read next: Watch this robot butler deliver cookies to an unsuspecting hotel guest