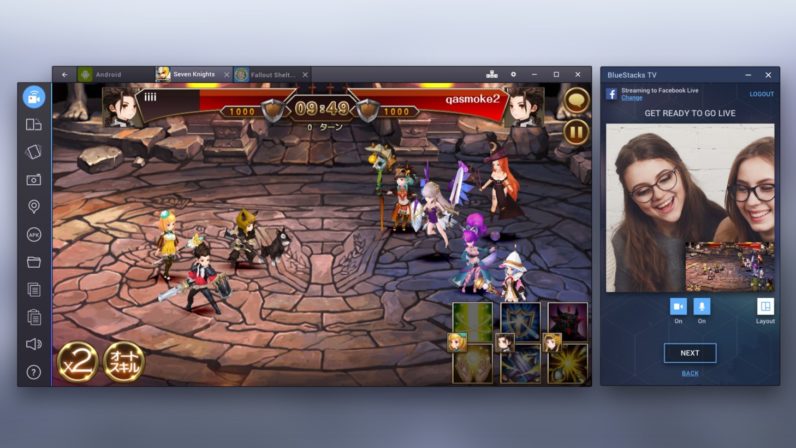 Mobile platform BlueStacks today announced an elegant solution to stream apps directly to Facebook. The company has already had success doing the same with platforms like Twitch.tv, a move that saw streamers and technophiles broadcasting in front of a potential audience of millions while demonstrating applications, playing games, or even cooking dinner.

Today, BlueStacks is bringing its platform — and its 150 million users — to Facebook Live.

“This is like new on top of new,” CEO Rosen Sharma told TNW. “Livestreaming is such a nascent space, and mobile apps are still exploding also. By putting them together and making it so simple, we’re very curious to see what happens.”

A near-seamless integration, the platform puts powerful publishing tools in the hands of creators. Boasting 1.65 billion users — 650 million of which play games on Facebook or with Facebook — it’s easy to see the appeal. The work takes place behind the scenes on the BlueStacks platform and streamers with an Android device are able to do what they do best: stream. All the while, creators have powerful options at their fingertips to control layout and design, without the expense or time involved in creating their own solution.

According to Sharma in a statement:

“Contextual streaming is the future of live video. By giving people the ability to pair live streams with various apps, they can create more engaging content. We want to free people’s creativity to engage in app­-fueled experiences like singing with Smule’s ‘Sing! Karaoke’ app and broadcasting to their friends around the world, or sharing their gameplay from VainGlory or Castle Clash. Our initial Twitch integration was an awesome showcase of what this can be in the gaming world. With the expansion to Facebook Live, we want to bring all apps into the livestreaming ecosystem.”

No matter what you use the platform for, the integration is about as plug-and-play as you can get in the video world. It’s no more complicated than uploading a YouTube video, and only adds a couple of steps to process — mostly for adjusting visual settings like PIP, layout and orientation.

BlueStacks’ suite of tools is available now, but only for Android users. Sorry team Apple. The tools are available for free to download and use, or you can opt for the $2 a month premium plan that offers access to premium support, removes sponsored ads and gives streamers a handful of other cool features. 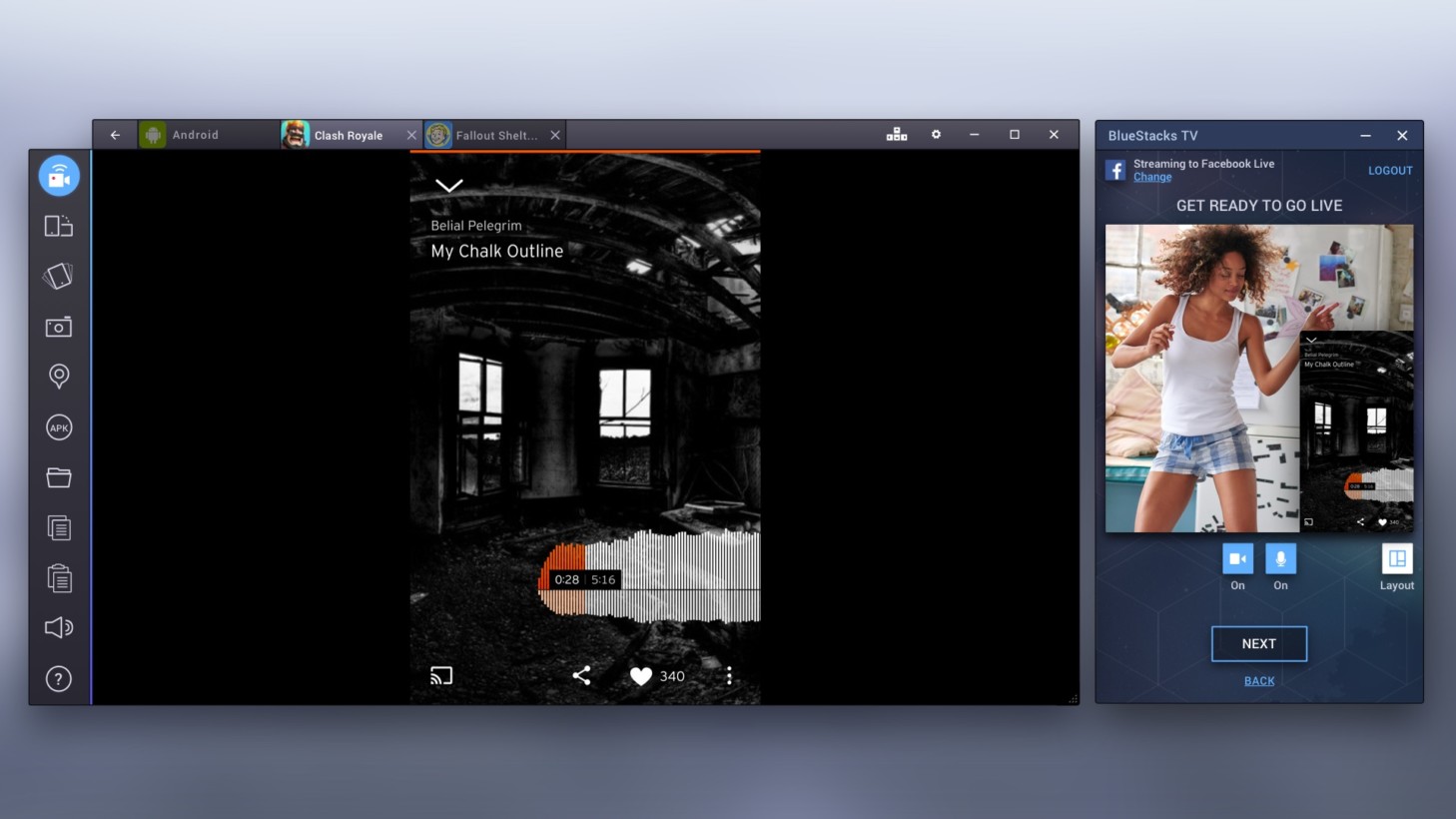 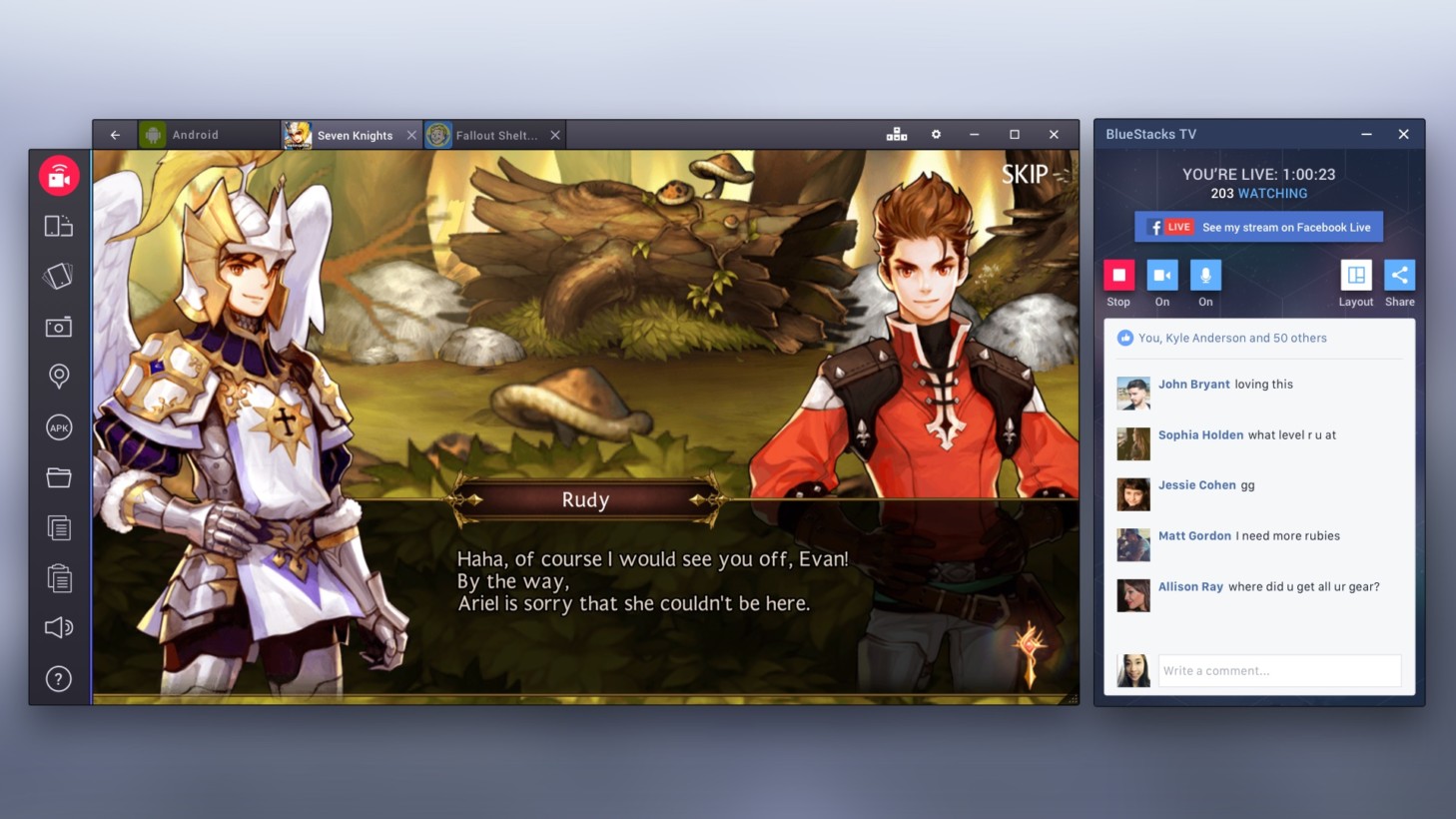 Read next: These foldable Bluetooth headphones let you take your music anywhere