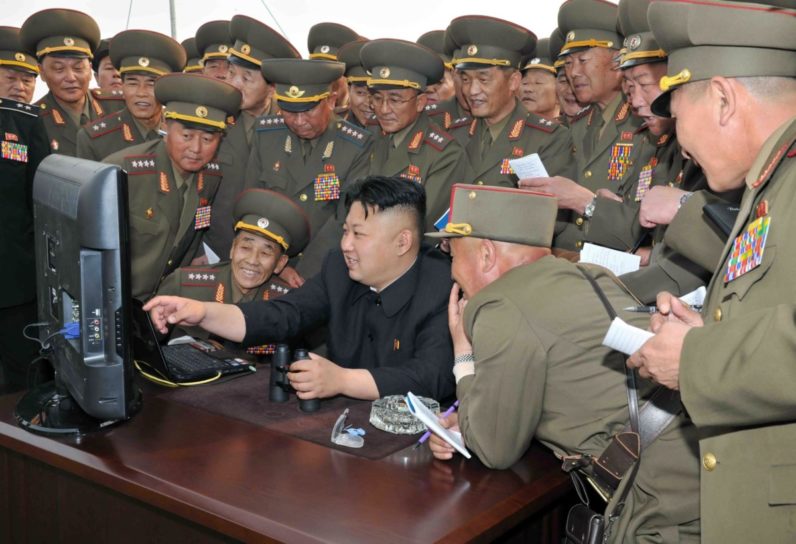 North Korea is the most repressive, secretive state in the world. There’s no free press, no independent media, and scarce few people have access to the Internet. It’s about as close as you can get to George Orwell’s Airstrip One.

One brilliant illustration of this is found in North Korea’s DNS records. A configuration error allowed researchers to map the entire North Korean externally-facing Internet (North Korea has a separate version of the Internet that can only be accessed within the country).

It turns out that there are just twenty eight domain names using the .KP top level domain (TLD). Twenty. Eight.

I checked out all of them. Many are dead links, but some were active. One site, cooks.org.kp, contained information about North Korean cuisine. Curiously, gnu.rep.kp wasn’t about the GNU project. Rather, it contained science and technology news from North Korea.

The only domain name for a commercial company was for Sili Bank, which offers email services for the North Korean market. At the time of writing, its website is down.

So, here’s how we got this unprecedented look into the North Korean web.  Today at 10PM local time, one of North Korea’s top-level nameservers (which is used to map domain names to IP addresses) was incorrectly configured to allow global DNS zone transfers.

The TL;DR project detected this and performed an AXFR request to the country’s nameserver, allowing them to obtain all the top-level DNS data. It then aggregated and posted to GitHub.

This is yet another demonstration of North Korea’s deeply insular and secretive nature. That said, I’m not thrilled.

North Korea’s elite is notoriously unforgiving to those who embarrass it. Those who make mistakes do so at their peril. Last year, a turtle farmer was executed on the order of Kim Jong Un for “incompetence”. So too was defense minister Hyon Yong-chol, who was brutally killed with an anti-aircraft cannon after he fell asleep during a military parade.

Suffice to say, it doesn’t look good for the person responsible for this mistake.