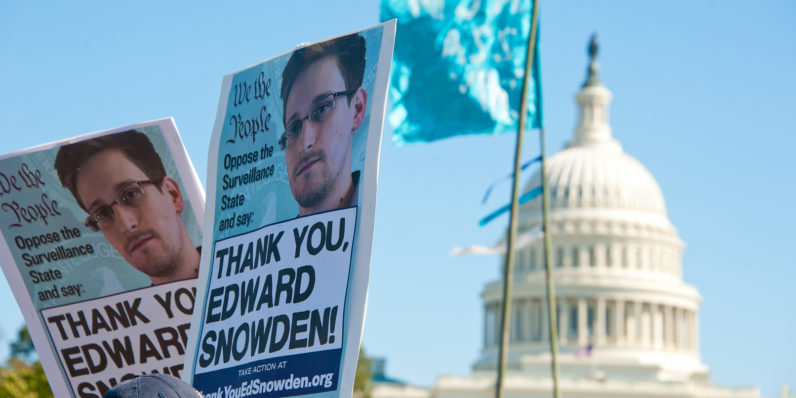 Snowden, the notorious NSA-contractor-turned-privacy-advocate has been living in Russia since June 2013 after being granted temporary asylum. Snowden’s requests for renewal have been granted each year since. Now living in an undisclosed location in Russia, Snowden is seeking permanent asylum elsewhere while trying to remain out of reach of the US government — where he’d face trial under the espionage act should he return.

Oddly enough — or maybe not — the campaign is set to launch just two days before Oliver Stone’s ‘Snowden’ hits theaters.

According to Snowden’s lawyer and ACLU director Ben Wizner:

I think Oliver will do more for Snowden in two hours than his lawyers have been able to do in three years.

We are going to be doing both a mass signature campaign around the world and trying to get prominent individuals and organizations to join our call to President Obama to pardon Snowden before he leaves office.

The campaign is expected to ask for signatures in support of the Snowden pardon at PardonSnowden.org, a shell of a site that doesn’t offer much information other than confirming the ACLU and Amnesty International are involved. Motherboard also found that the Twitter and Facebook names ‘PardonSnowden‘ and ‘PardonSnowden.org‘ (respectively) were reserved, but yet to be updated.

In July 2015, the White House responded to a WhiteHouse.gov petition asking for a Snowden pardon by saying “[he] should come back home to the United States, and be judged by a jury of his peers — not hide behind the cover of an authoritarian regime.” So it’s not clear whether this request from a group of human rights organizations is going to make much of a difference.

It’s no surprise that Snowden’s legal team is asking for a pardon before Obama leaves office; his attorney said they would in a New York magazine article earlier this summer. The timing coinciding with the movie release, however, is nothing short of Hollywood magic.

Read next: LoveBot automatically says 'I love you', and that's not depressing at all