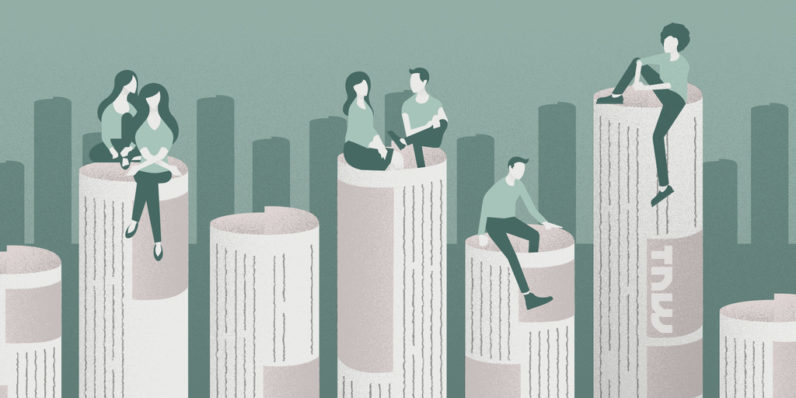 A few years ago we threw an event in Brazil. On the day we arrived, we entertained media followed by a small event hosted at a local bar.

It was the end of a very long day, and as I was talking to three people with a beer in my hand, they wanted to know everything about TNW. I politely tried to answer as much as I could, but I noticed that one in particular asked very specific questions, and was clearly well informed.

Ten minutes into our conversation, I asked what he did for a living. After staring at me for an awkward second or two he said “I’ve been working for you for the past two years.”
Turns out he was one of our writers – who I’d never met before and hadn’t recognized from his postage stamp sized avatar.

We had a good laugh about it, but I felt stupid for not recognizing him. And I consider it one of the downsides of having a company with employees all over the world.

I was reminded of this recently while brainstorming a better way of accepting connections on Linkedin. I don’t have a current formula, so I accept everyone – save for the most obvious spammers. That also means my LinkedIn network is way too big and filled with people I really don’t know.

I brought this up in a conversation with some other digerati and one of them told me she only accepted people she has physically shaken hands with.

I explained that I had people working for me that have never met and probably wouldn’t recognize them on the street… or standing face-to-face as had happened with me before. According to her rules I wouldn’t be able to connect with them because we never shook hands, even if we’ve chatted for months. That rule obviously isn’t compatible with how technology is changing relationships.

Relationships – and as such, manners – are changing. While it’s still impolite to stare at your phone when talking to someone, wouldn’t it also be impolite to keep people waiting for a response online merely because someone in physical proximity demands your attention?

Is a meaningful relationship with someone who you’ve never met worth less than a shallow relationship with a person you see regularly? Digital tools force us to reevaluate these rules. Having said all that… I want to add you to my professional network on LinkedIn.

This is my introduction text for last weeks issue of our TNW Weekly update:You can read the whole newsletter here, or sign up to receive your own copy.

Read next: The world's tiniest Nintendo console is actually a Raspberry Pi computer