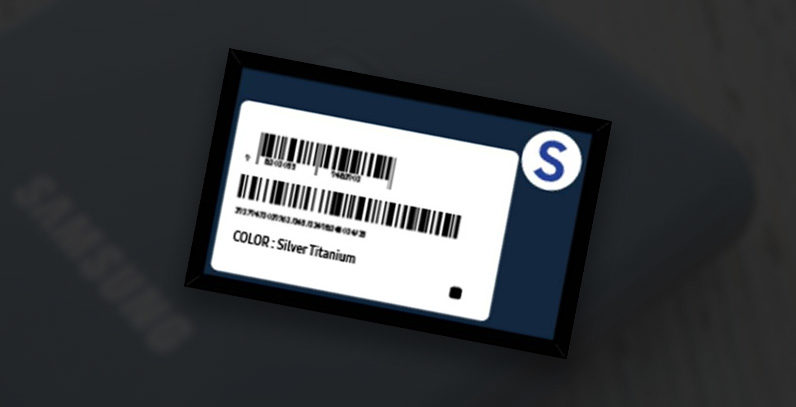 Samsung’s flagship Galaxy Note 7 has been having some problems, to put it mildly. But that doesn’t mean it’s not a great phone. It is. When we reviewed it, Napier Lopez described it as “the most complete smartphone ever made.” That hasn’t changed.

With Samsung quickly taking steps to recall exploding phones and fix the defect that caused them to spontaneously combust, you might want to reassess getting one in the months to come. But how can you know whether the phone you’re buying is safe?

The South Korean giant’s Australian subsidiary wants you to just look at the label. If it, like the photo below, has a big blue ‘S’ sticker (the ‘S’, I presume, stands for ‘safe’) and a small black square, you should be fine.

It’s unclear whether Samsung will roll this out worldwide, or whether it will just be for consumers Down Under.

If these markings aren’t there, you should really sort out your refund or replacement device by contacting Samsung, or the retailer from which you bought the Note 7. With rumors that Samsung plans to remotely kill all unreturned Galaxy Notes, you might not have a choice in the matter.

Read next: Tesla is upgrading radar vision in its cars to improve Autopilot