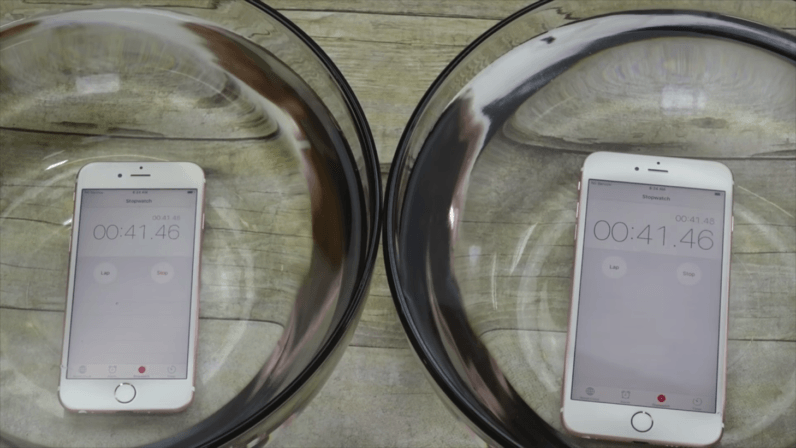 If you’ve ever accidentally soaked your phone with water (or more frequently in my case, a pint of beer), you know the anxiety of having to let it dry in rice, and not knowing if your handset is irreparably busted.

But this might be a thing of the past with the latest iPhone 7, as it’s rumored to come with IPX7 waterproofing. This essentially means that it is properly waterproof, and can “cope with being dropped in a puddle or stream with no ill effects.” This puts it on the same level as the Apple Watch.

iPhones have been getter better at handling water. Last year, MacRumors reported on several YouTubers who had successfully tested the water resistance of the iPhone 6s and iPhone 6s Plus with few, if any, adverse effects. But this would be the first time an iPhone would have earned an official grade in this area.

It’s worth emphasizing that like most of what we “know” about the iPhone 7, this is just a rumor, albeit one that comes from an incredibly reliable source – namely, noted analyst Ming-Chi Kuo from KGI Securities.

Previously Kuo has been behind a number of Apple-related predictions that ultimately turned out to be true, including the launch of an 11-inch MacBook Air and the fourth-gen iPod Touch.

Read next: Lyft lures millionaire supermodel with free rides after Uber bans her