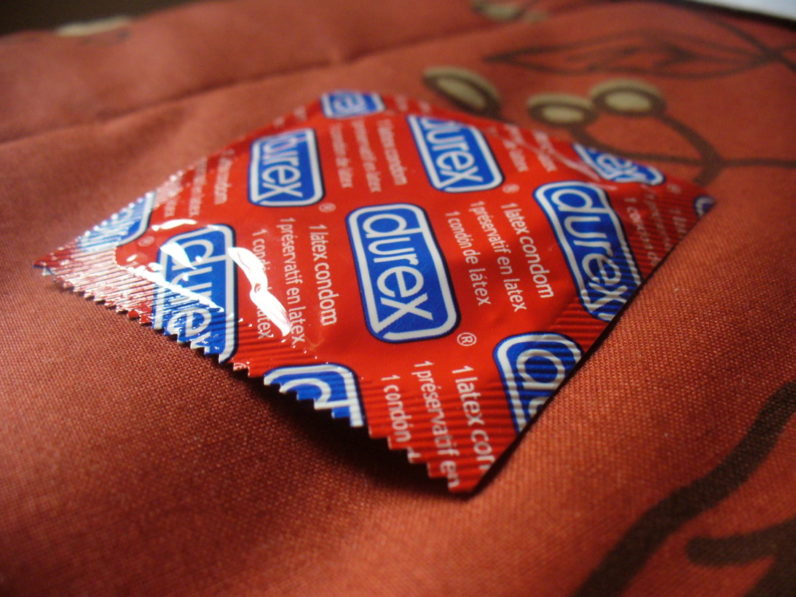 Emoji have a tendency to be a bit G-rated. If you want to say something naughty, you’ve got to use your imagination. This has lead to ordinary images being used as shorthand for… Something else. I’m sure you can guess what eggplant is used for.

No? No ideas? Okay, here’s a clue. Durex just announced that it’s going to launch an eggplant flavored condom.

A couple of hours later, Durex clarified the situation for any puzzled Brits who might be wondering what the fuck an “eggplant” is.

Of course, this was all just a hoax. Durex isn’t launching a veggie-flavored dong-sock. Nor, for that matter, will it be launching a hotdog, carrot, or zucchini flavored one. That would be hideously disgusting.

This stunt was part of their effort to introduce a condom emoji, which Durex (quite patronizingly) thinks will make it easier for young people to talk about safe sex. Because obviously people under the age of 18 are only able discuss complicated issues with little cartoon characters.

‘Emojis of this sort will enable young people to overcome embarrassment around the discussion of safe sex, encourage conversation and raise awareness of the importance of using condoms in protecting against sexually transmitted infections, including HIV and AIDS,’ Durex said in a statement last year.

I’m not convinced by that. Even if a condom emoji exists, people will continue to use the eggplant one, just because it’s part of the accepted emoji lexicon. It’s part of how people talk.

Moreover, it’s preposterous to think that an emoji could be effective at getting people to practice safe sex. Easy access to condoms and evidence-based sex education is obviously far more helpful.

Read next: A tech-lover's guide to fitness: Why you need to go wireless