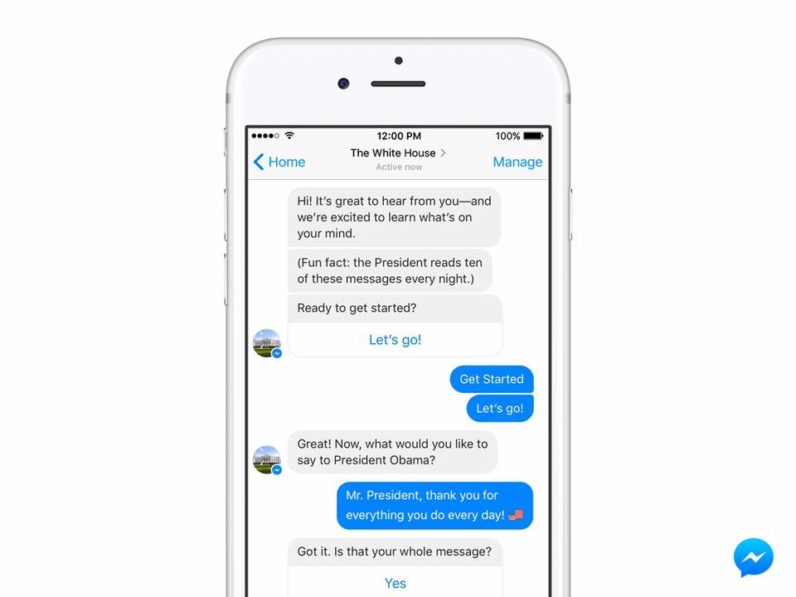 Long gone are the days of sending your favorite role models fan mails in the post. Aside from tweeting them, now you can send a message to the White House via Facebook Messenger.

Messenger’s VP of Product David Marcus announced a White House bot today on his Facebook page; the bot lets you send a note to the President – anything from compliments, critiques, or questions. President Obama currently reads 10 of these select messages every night, but that includes traditional notes as well.

The White House’s Chief Digital Officer Jason Goldman says the move aims to open up opportunities for people to reach the President. It’s the same reason why the @POTUS Twitter and the First Lady’s Snapchat accounts were created.

There’s no guarantee of a response, but if your question is interesting enough you just might make the cut for a reply from POTUS. Old school methods such as faxes and letters are still accepted, though, if you still want to send illustrations or handwritten notes.

But if the Messenger route is more convenient for you, you can do so here.

on The White House

Read next: General Assembly is opening 10 new campuses in the US