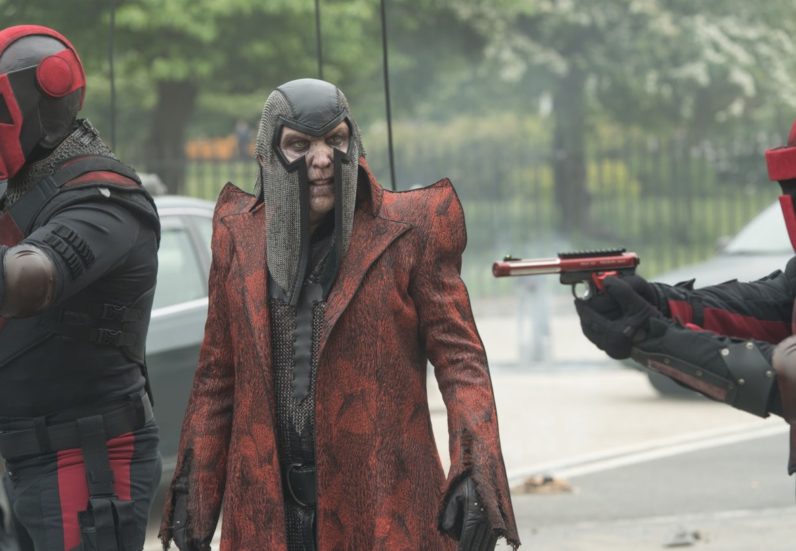 Update: Twitch got in touch to let us know it will only be broadcasting two pilots, not three.

Almost two years ago, Amazon acquired Twitch.tv for a cool $970 million dollars. At the time, many thought it was a strange move; Twitch is primarily user-generated content, with a healthy following of video game enthusiasts.

But now it’s starting to make more sense, as Amazon has announced it intends to use the streaming platform to screen three of its pilots shortly after they debut on Amazon Prime Video. The shows are set to arrive on the platform on August 31, allowing those without a Prime subscription to see what they’re missing.

Those with active Prime subscriptions will be able to watch them nearly two weeks before they appear on Twitch, on August 19.

So, what does Amazon plan to show? So far, only three shows have been confirmed. The biggest is easily The Tick – Amazon’s remake of the 2001 sitcom, based on the comic of the same name.

Peter Serafinowicz – who also played Darth Maul, and had appearances in Shaun of the Dead and Guardians of the Galaxy – plays the titular character, while James Earl Haley and Griffin Newman lend their support as villain and sidekick respectively.

Then there’s I Love Dick, which stars Kevin Bacon alongside Kathryn Hahn. This is a serialization of the Chris Kraus novel of the same time. According to Dateline:

“It centers on a struggling married couple, failing wife and independent filmmaker Chris (Hahn) and Sylvere, and their mutual obsession with an off-putting but charismatic professor, Dick (Bacon). Through that obsession, Chris goes on a journey of self-discovery and eventually transformative power. Told in Rashomon-style shifts of POV, I Love Dick charts the unraveling of a marriage, the awakening of an artist and the reluctant deification of a man named Dick.”

I grew up watching movies like Hot Shots: Part Deux, so I’m pretty excited about this one. The action genre is prone to taking itself too seriously, and is always deserving of a good spoofing.

If this gamble can bring people to its original content, and sell some Prime subscriptions, then it’s worth it for Amazon. Whether this will be enough to capture the attention of the gamers, griefers, and streamers that populate Twitch remains to be seen, however.

Read next: Get the amazing fan-made remake of Metroid before Nintendo kills it for good (UPDATED)