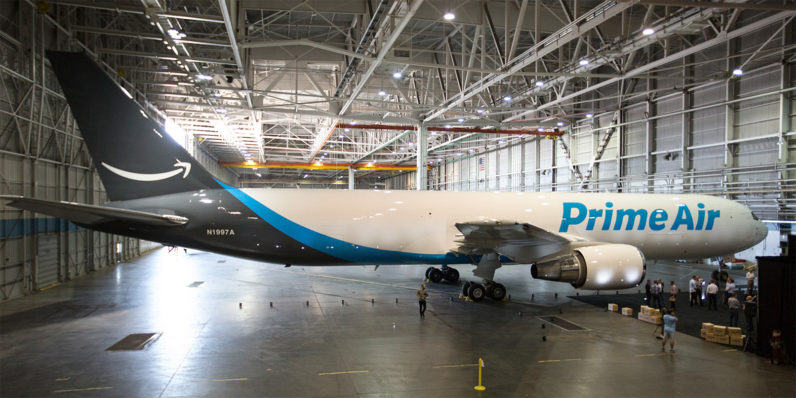 Amazon is leasing 40 cargo planes to shuttle its own shipments through the air, with a view to improve its delivery times. And today, it’s launching its first branded aircraft, the Amazon One at the SeaFair Air Show in Seattle, where the company has its headquarters.

The branded Boeing 767-300 has a prime number as its tail number (get it?) and will join 10 other planes that have initially been designated as exclusive cargo carriers for the company. More planes will be added to the fleet over time.

In addition to speeding up deliveries, the introduction of these planes also signals Amazon’s dominance in the ecommcerce space.

This isn’t the only airborne initiative the company has in mind for upping its logistics game. The company has been developing drones for short unmanned delivery trips; last week, it announced that it was partnering with the UK government to begin testing delivery drone fleets there.

Read next: Feast your eyes on the fragalicious new Quake Champions gameplay trailer