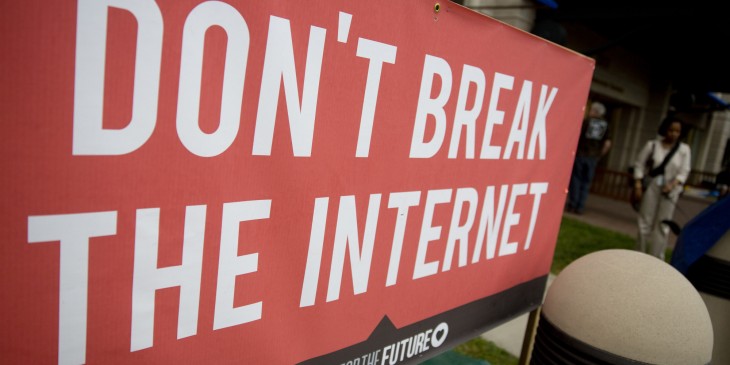 In some parts of the country, internet service providers (ISPs) are offering a special deal on broadband. What you might not know, however, is hidden deep within the fine print, you’re getting that deal because you’re agreeing to sell the ISP your Web browsing history.

Speaking Monday with the Federal Communications Commission (FCC), Comcast is asking the commission to loosen its regulations to that of what it’s allowing other ISPs to do — sell your data to advertisers. It’s a fair point. AT&T is the second largest ISP in the US (Comcast is first), and has been selling your data for at least a year.

In a regulatory filing, Comcast wrote:

A bargained-for exchange of information for service is a perfectly acceptable and widely used model throughout the U.S. economy, including the Internet ecosystem.

Most internet users are giving up a sizable amount of data to companies they use regularly. Google, Facebook, Amazon and others all collect information that is then used to better target advertisements to users. Some are blissfully unaware it’s happening, others chalk it up to the price of doing business when using free services or buying heavily discounted goods. In either case, it points to a grim future of algorithmic sorting based on Web viewing history and a thorough dismantling of the idea that any of us can browse the Web privately.

Consumer groups opposed to ISPs having this sort of information point out the key difference between a company like Comcast as opposed to the Amazon’s of the world: scope. While Amazon, Facebook and others have very limited tracking abilities based on browser cookies and viewing habits while on site, Comcast gets to take a top-down view of everything a user looks at on the Web.

Many expect the FCC to finalize its privacy rules for ISPs later this year. Until then, there are numerous details to iron out, such as whether they’ll be able to share this data with marketers without customer permission and what — if any — guidelines the FCC will require for consumers to opt-out of the tracking system. Currently, AT&T has an opt-out program, but it comes at a cost. Literally.

If you want to protect your data with AT&T, you lose the discounted rate, a move that could cost the consumer hundreds of dollars a year for protecting what should rightfully belong to them in the first place.

Read next: Of course Facebook is releasing a bunch of photo filters for the Olympics