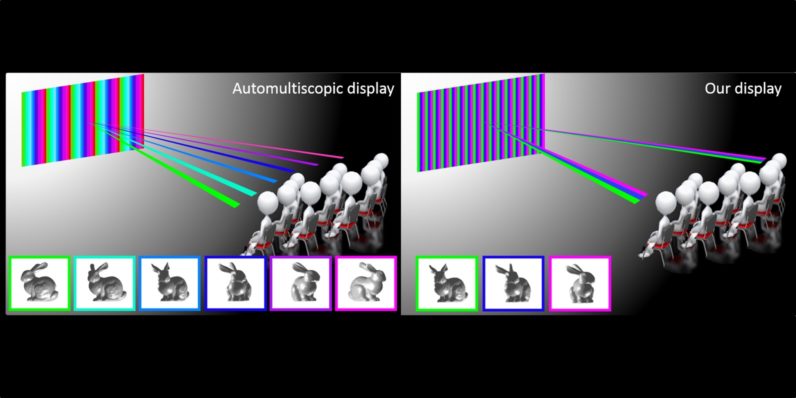 “Existing approaches to glasses-free 3-D require screens whose resolution requirements are so enormous that they are completely impractical,” says MIT professor Wojciech Matusik. “This is the first technical approach that allows for glasses-free 3-D on a large scale.”

MIT notes that glasses-free 3D TVs use a technology called parallax barrier, which use a series of slits to force each of your eyes to see different pixels. The problem with its application for TVs is that a viewer needs to be sat right in front of the screen, and at a distinct distance.

That won’t scale to a movie theater, so CSAIL created screens that have multiple parallax barriers that let viewers see the same image at different distances and angles.

Sadly, we shouldn’t expect Cinema 3D any time soon. The only current working model is about the size of an iPad, and it requires a lot of mirrors and lenses. “It remains to be seen whether the approach is financially feasible enough to scale up to a full-blown theater,” says Matusik. “But we are optimistic that this is an important next step in developing glasses-free 3-D for large spaces like movie theaters and auditoriums.”