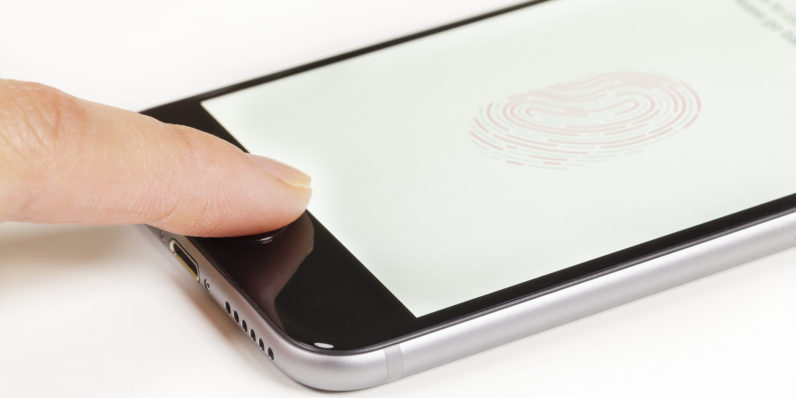 Fusion reports that police officers contacted Michigan State University professor Anil Jain recently to recreate a dead man’s fingers using a 3D printer, so they could unlock his phone and sift through its content for clues.

Details are scare because the investigation is still underway. But Jain said that the deceased person in question was the victim in a murder case, not the attacker. Law enforcement officials had his fingerprints on file as he was arrested in a previous incident, and handed those over to Jain for replication.

The victim’s phone hasn’t yet been unlocked – Jain has created replicas of all ten digits, but is still working to refine them so the plastic fingers coated with metallic particles can be read by a fingerprint scanner as easily as human fingers, which are more conductive.

If this method works, it’ll prove once again that fingerprints aren’t as secure as we’d like to believe when it comes to locking our digital devices.

In October 2014, a Virginia court ruled that suspects can be asked to unlock their phones using their fingerprints. In contrast, PINs are more secure because the Fifth Amendment prevents government agencies from compelling people to turn over things in their minds, like memorized passcodes.

It’s also worth keeping in mind that phones locked with a fingerprint usually require a PIN to be entered if it hasn’t been used in 48 hours, or if it’s been powered off and back on again. In both instances, fingerprints are of no help, regardless of how they’re obtained.

This case could also set a precedent for law enforcement gaining access to people’s phones more easily. If a person has been arrested and their mobile device has been confiscated, they could be asked to merely submit to a fingerprint scan that would give police everything they need to create replicas for unlocking a phone.

The extent to which fingerprints and PINs can help protect our privacy seems to be rather limited; ultimately, what we really need is transparency and oversight when it comes to how our digital data is handled by law enforcement and government agencies.

Read next: 6 key tips to taking your business global