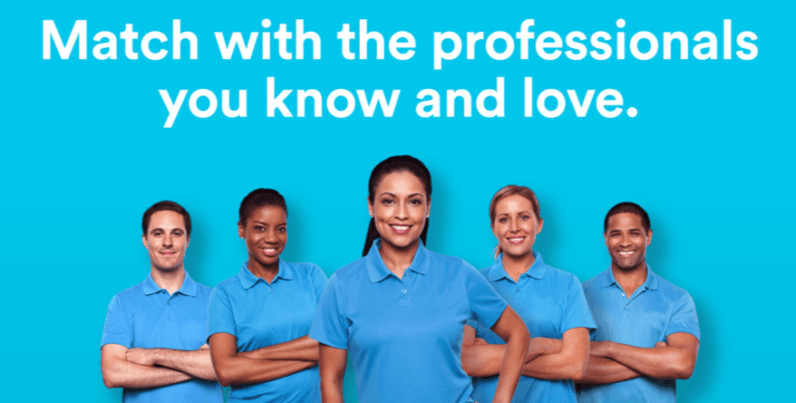 On-demand service Handy has a new feature that might make you more comfortable with using its service. Called Pro Team, the feature lets you create your own go-to team of specialists.

Here’s how it works: after your scheduled service has been completed, you can add whoever did the service to your Pro Team. That way, the next time you need something done, you know who will (probably) show up at your door. You can add or delete team members at will, too.

It creates a bit of comfort for users who have preferred Handy staffers. Pro Team is obviously centered around house cleaning, but can apply to various other Handy services like interior painting or furniture assembly.

Pro Team members aren’t guaranteed, though — they just get first crack at accepting the job. To that, it’s probably best to have a few members of your team for each task unless you want a stranger walking into your home.

A Handy fix for big problems

In creating its on-demand platform, Handy has also come under fire for dastardly business practices and treating employees less than favorably. Users have even reported Handy cleaners stealing from them.

Pro Team would help solve those kinds of issues. It may also let those who allow remote access to their homes (via August, or just by leaving a key hidden near the home) have peace of mind.

It’s also very similar to Thumbtack, which connects you to independent employees rather than staff of its own. With Thumbtack, finding a great gardener of house cleaner means you can stop using its service for that purpose.

Handy is also very keen on making its on-demand services subscription-based, and Pro Team suits that just fine. If someone is going to be walking into your home every month, it’d be nice to know who it was.