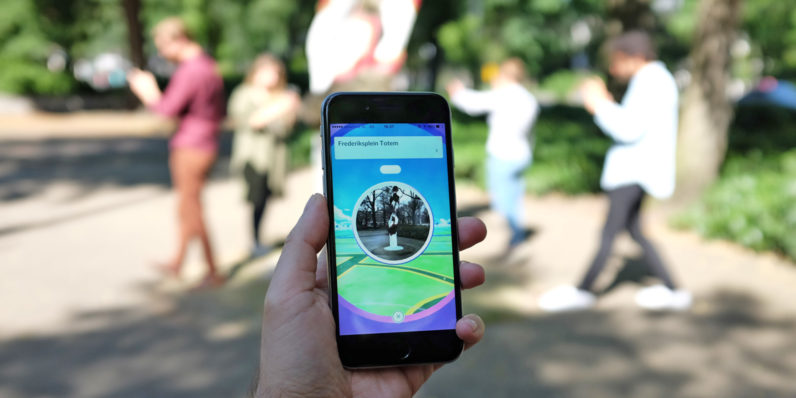 Everyone’s playing Pokémon GO, everywhere and all the time, and this is pissing bosses off.

Even here in the Netherlands, where the game has only just been released, people have been catching ’em all for two weeks thanks to an easy workaround.

Of course, being a tech-centric company with an above average nerd density, Boris the Boss — an avid monster catcher himself — noticed that lately, the TNW team have been suspiciously active: Non-smokers are joining their puffing colleagues outside, and many have to quickly “eerm… get something from the shops”.

Then came the eureka moment: It’s long been established that “employees return from workouts refreshed and better focused on their jobs. Time lost on exercise is made back and more in terms of improved productivity”.

So instead of letting employees pump iron or bother with yoga gear, why not make them exercise in a way more in tune with Generation T?

And when should this exercise take place? Medical experts have found that “if you walk just 100 steps after you a meal, you’ll notice a huge improvement in your overall wellbeing”.

That’s why, from now on, 1pm is Pokémon GO time… whether we like it or not.

DISCLAIMER: this post was a practical joke and we figured that would be clear to anyone reading the whole article. Apparently not, as a lot of people, including some of our esteemed colleagues at other media companies, thought it was all real. Here is what happens when you make a joke, but everyone thinks it’s real.

Read next: Learn top-quality photography techniques with the Digital SLR Photography for Dummies Course (79% off)