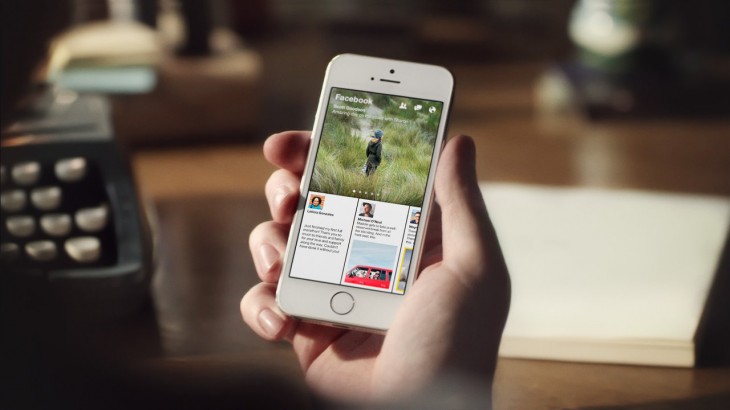 Facebook today announced it would be shutting down Paper, the company’s innovative redesign of Facebook proper on iOS.

First introduced in 2014, the service was met with acclaim throughout the tech world, but never really managed to gain much traction with users after falling out of the top 1,500 most-downloaded apps in December 2014, and never making its way back.

Paper was beautifully designed and almost universally adored by the design community for its novel animations, clean UI and immersive experience that provided an entirely ad-free way to view your newsfeed. The app transformed the typical newsfeed into a Apple News-esque reader, complete with customizable sections for a variety of topics from food to politics.

But alas, it hasn’t been updated since March 2015, and never made its way to Android.

“Our goal with Paper was to explore new immersive, interactive design elements for reading and interacting with content on Facebook, and we learned how important these elements are in giving people an engaging experience.”

Full bleed images, custom designs for individual publishers’ articles and other interactive design elements helped pave the way for Instant Articles, and now, these features (and others) are an integral part of the the mobile experience. So, while we’ll certainly miss Paper, it helps knowing that a lot of what we loved has already made its way to Instant Articles.

Paper will be removed from the App Store later today.

Read next: Nest is working on a smart baby crib for dumb parents