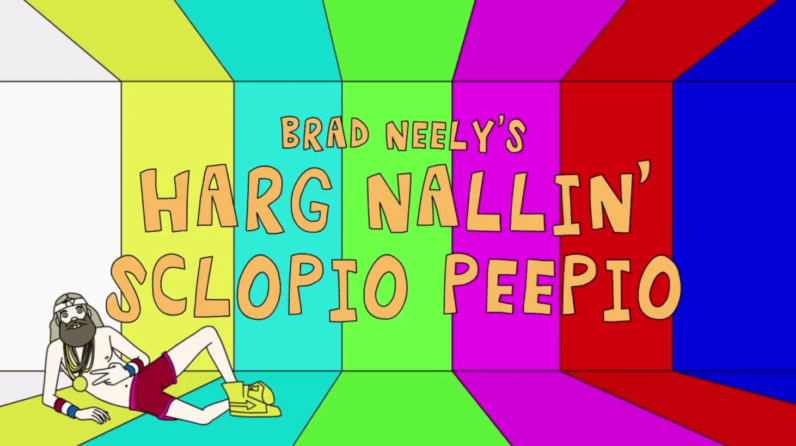 Adult Swim is deputing a new show — Brad Neely’s Harg Nallin Sclopio Peepio — on July 10. If you want to catch it before the premiere, you can view the entire first episode on your favorite 140 second streaming platform, Vine.

The initial clip is the typical six second, repeating, Vine. After clicking though, the player launches a full-screen video that lets you catch the episode in its entirety — nearly 10 minutes.

If you want to view the full-version, you’ll need to click through to watch the video on Vine; it doesn’t seem to work via attachment or embed.

The animated sketch comedy show itself features some great voice talent, a heavy emphasis on music, and some lol-worthy writing. In short, it’s worth watching, even if it’s just to see what Vine’s new format is capable of.

To be clear though, “capable of” could mean very different things to your typical creator as opposed to brands. After all, most Vine users don’t have the ability to upload 10-minute videos, although the six second lead-in to the longer video does give you a bit of a taste of what Vine’s 140 second videos could be.

Read next: Good luck getting your hands on this limited edition Game of Thrones Xbox One