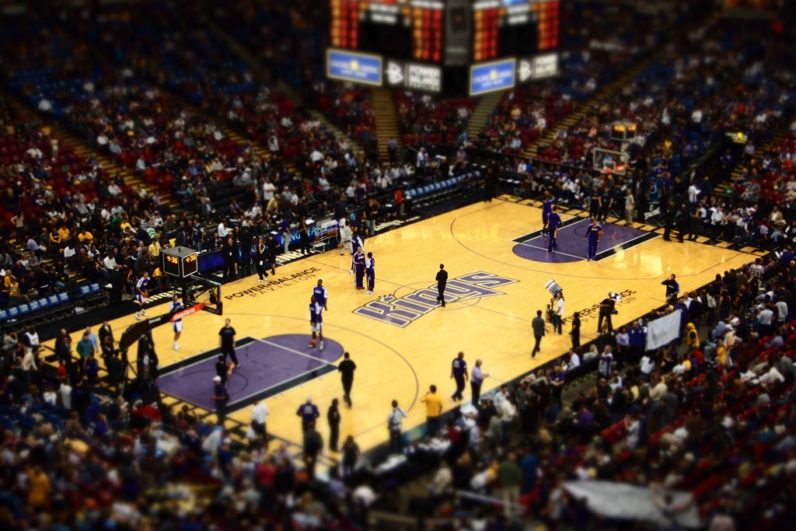 The Sacramento Kings are set to open a new $507 million stadium in October. Inside you’ll find screens that are nearly as long as the court itself (84 feet) as well as high-capacity Wi-Fi systems intended to provide blazing fast internet for all in attendance.

In addition to tweeting, snapping and providing the occasional status update, the Wi-Fi will provide fans with something new entirely: virtual reality replays of all the action. Now, no matter where you’re sitting, you can don a VR headset and view 360-degree replays of the action as if you were sitting courtside, according to Paul Jacobs, vice chairman and co-owner of the team.

Jacobs is also the executive chairman of mobile chipmaker Qualcom, and he wants to provide an up-close experience that’s unlike anything many of us have ever seen.

“Whether they’re way up in the high seats or they’re in a box but not sitting courtside, you still want to give them that courtside experience.”

Before you get too excited, remember, it’s still early and Jacobs is quick to point out that this is only a test. While there aren’t many details in place — aside from having the infrastructure to handle it — the only thing we can probably be certain about is that it’ll use Kings-backed VR video startup, Voke.

The Kings might also experiment with offering seats outside the stadium, using VR, to give fans that might be priced out of attending a game in person, or those in the cheap seats, a chance to view NBA action live. While this could take place anywhere, Jacobs mentions a movie theater-like space.

“They’d still be there to feel the roar of the crowd and be part of it but be watching in a slightly different way.”

It’s not the first time the Kings have experimented with VR, either. Last year, the Kings broadcast a game against the Los Angeles Clippers to a school in Mumbai, India — a model James predicts could become common as the NBA pushes to attract global viewers.

No word on when the Kings will debut their new VR strategy, but we’ll keep you posted.