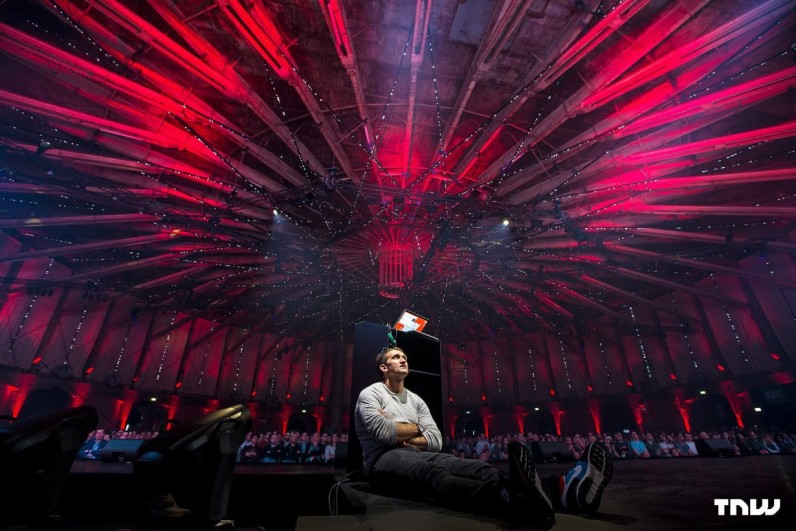 I started working for The Next Web when I was 21, and when I became Conference Director at 24, TNW was still the first and only company I’d ever worked at in the technology industry. While some might see that as a disadvantage, I see it as my biggest asset. I may not have been the company founder, but TNW Conference was my first child, and I was desperately keen to see it grow.

For the first three years of my career I was mentored by Boris and Patrick: two great entrepreneurs that build companies with passion and who live by a credo of asking for forgiveness instead of permission. TNW Conference had certainly started out as their dream, but as the scope of the company had expanded (along with their responsibilities), it quickly evolved into my own. And as the first employee at TNW to be dedicated solely and entirely to the event – I was dreaming big.

Three times as big, in fact.

When I first announced my ambitions to scale TNW Conference, it was our producers Xander Kranenburg and Simone Heeremans that prepared me for the journey. A journey that would extend across 11 months and to 500 different people that each had a unique hand in ensuring we reached the end, successfully.

Our 2015 event had 3,500 attendees, about the same size as Pioneers in Vienna but significantly smaller than Slush in Helsinki. We wanted to welcome triple that number of attendees in 2016, yet a recurring theme in the feedback from our attendees has always been that they love our intimate approach. Even in growing from 200 to 3,500 attendees we left people feeling as if they’d attended a private party instead of a large business conference.

That set the tone for our biggest challenge: can we scale our event without compromising on the feeling of intimacy?

For the past six editions, the Westergasfabriek has been the home of TNW Conference. The rough industrial feel of these old gas factory buildings matches our sense of style, the gorgeous park lends itself for a festival setting and our technical partner Jurlights knows how to push these venues to the limits of their capabilities.

We had already run out of square meters at the last edition, but one of the constraints of the park is that its buildings are scattered over some distance. In order to grow, we decided to build festival tents to make up for the missing space. We ended up adding 3,270 square meters in tents to build a small village to fit everyone.

A breakdown of the attendee numbers of 2016:

We had a plan, but in order to realize exponential growth I wanted to visualize our end goal. We needed all of our production partners to understand what our vision of a festival with 10,000 visitors looked like, so we created a 3D visual of our concept.

If you look at the differences between the first and last iteration of our setup, you’ll get an idea of just how often we had to change our plans based on conversations with local government, park management, crowd control, restaurants, conference partners, police and fire department and our technical producers.

Building a production at this scale also brings a complete new world of expenses with it. Some of the expenses that grew exponentially that still amaze me are:

Pushing the limits of technology

We’ve always invested a lot of money in show production and experience design. This year’s main stage was powered by the same media server that U2, Madonna and the Red Hot Chili Peppers use for their worldwide tours. We even run on a beta version of the media server’s software, so we can test out features nobody’s used before. This year we had to reboot and patch the software half-way through Peter Sunde’s keynote just because we had pushed the server to its technical maximum.

Our main stage boasted a 9×9 meter full LED screen, and our two 7×9 meter semi-opaque LED side screens created the impression you were looking at a hologram of our speakers. Using LED is more expensive than projection, but the vibrance of color is so much more powerful. Defending our choice of tech specs to TNW’s CFO wasn’t easy, but it was a conversation I enjoyed having.

Three years ago we pioneered the use of food trucks at a technology conference, but this time I wanted to take it a step further. To really give it that festival feeling we created three food courts of 500m2 each, partnered with local seafood restaurant Mossel & Gin, and called in the help of The Food Line-up to curate the best food trucks to produce a line-up of food and drinks that would rival that of the speakers.

To finish it off we hired professional baristas to serve specialty coffees, invited a group of artists that dress up like dinosaurs and added a variety of music acts to the program including Jazz performer Mr. Reed, the Eternity Brass Band, Kelvin & the Twins, DJ Lektroluv, FALT band, DJ Didier, Kriss Kross Amsterdam and many more.

Sometimes I think it’s troubling to see that there are conferences that have resorted to employing data scientists over event managers and experience designers. Pushing startups into a space by the thousands just because an algorithmic model proves it maximizes revenue for the organizer is a twisted logic. Too few organizers understand that in the long run you can only be successful in this business if you’re in it to support the eco-system — not take advantage of it by sucking it dry.

From my point of view there is a major secret behind the success of TNW Conference, and that’s authenticity. I still try to write some of my own newsletters now and then, just to get that connection with our audience and see if the ideas we’re all working on as a team still resonate. I can’t yet tell you what our plans for next year will be, but whatever we do you can be sure we’ll never stop innovating and we’ll always try to raise the bar for what a technology festival can be.

If you were at #TNWEurope 2016 I’d love to hear your feedback. What did you like about the event and what are your tips for next year?

Read next: How Google's new input tool will finally help me digitally communicate with my mother