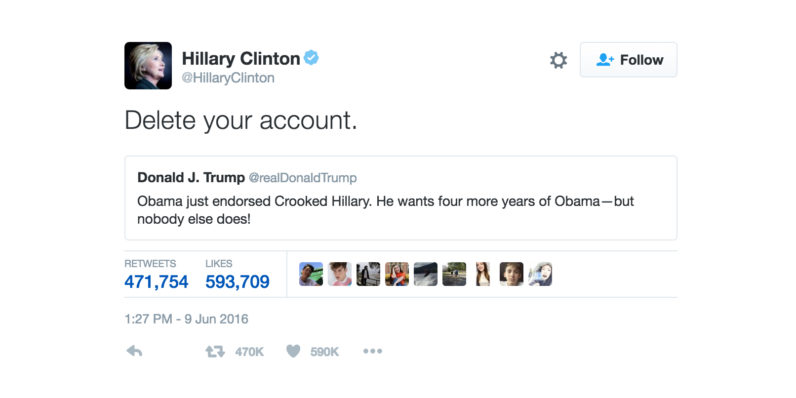 After one of Hillary Clinton’s staffer’s famously set fire to Donald Trump with a three-word tweet last week, ‘The Donald’s’ Twitter account has been flooded with “delete your account” messages. If you want to join in the party, but don’t want to go through the trouble of actually seeing what Trump tweets, we’ve got good news: there’s an app for that.

Made a small app to automatically tell @realDonaldTrump to delete his acount. If you're node savvy please run this https://t.co/hUzI5OFRzi

Developer Manny 404’s “Delete Trump” tool requires a fair bit of technical knowledge — like how to get your Twitter API credentials and start a NodeJS app — but if you have the chops, or the ability to use Google, and a desire to pick a fight with an assclown masquerading as a presidential candidate, it’s worth checking out.

Once installed, the tool automatically tweets at the @realdonaldtrump Twitter account each time Trump tweets. The reply is a short and simple ‘delete your account’ and it’s all automated.