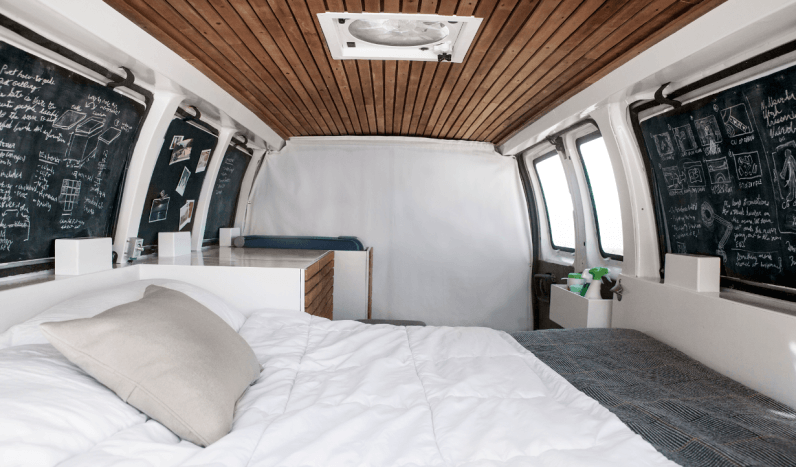 When former art director Zack Both left his job at a tech startup back in 2014 to pursue a career as a filmmaker, he knew his new occupation would involve a lot more traveling and moving around.

This is when Both set out to convert his old rusty van into a sleek mobile film studio. He also documented the conversion in a series of photos and created a website where he explains in more detail how he planned and built his new camper-studio.

To get the project off the ground, Both sketched a mock-up design of the van in Photoshop where he envisioned the interior and the exterior of the vehicle before proceeding to make any adjustments.

It took Both a little over a year of on-and-off work to finish the conversion, but he says that the project could be easily completed within two to three months of hard work. Overall, the conversion cost Both approximately $12,000 to realize.

Among other luxuries, the remodelled van comes with a futon bed, a kitchen with stove and a fridge, a mobile WiFi network as well as a home theatre system. To power these appliances, Both has installed solar panels on the roof of the vehicle.

You can see more photos of Both’s amazing mobile film studio here. And be sure to check out Both’s van conversion manual – or Vanual as he calls it – here.

Read next: Get 150+ PowerPoint and Keynote templates at 64% off