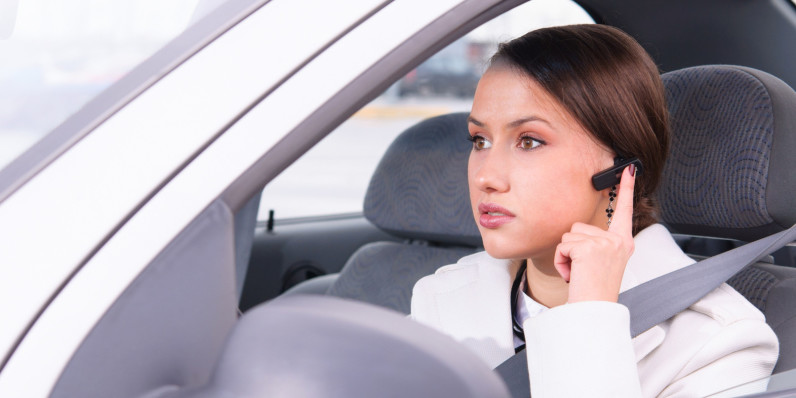 Scientists at the University of Sussex found that hands-free car kits for mobile devices are actually ‘equally distracting’ to just picking up your device and having a quick chat.

In most of the United States, it’s illegal to drive while talking on the phone, a move made to address the growing problem of distracted driving. What’s interesting, though, is that these kits are actually no safer than using a mobile device held to your ear because of the way each of us process incoming information.

When answering a call, humans visually imagine what they are talking about, a dangerous endeavor as this part of the brain is also used for watching the road and monitoring conditions around the vehicle.

The study involved 20 male and 40 female drivers. All took part in video tests while sitting behind the steering wheel. One group was allowed to drive undistracted, while the other two heard a male voice from a speaker about 3ft away.

Those in the distraction-free driving mode were able to respond to events — such as a pedestrian stepping into the street or an oncoming car on the wrong side of the road — in just under a second faster than those that were slightly distracted.

The study showed that asking simple questions, such as “where did you leave the blue file?” during a conversation made drivers focus on an area about four times smaller than normal. This is due to the way our brain process the information given, which in this case involves picturing the scene where you may have left the file.

According to Alice Bailey, from Brake, a road safety non-profit:

“These are life and death decisions, these extra three car lengths is the difference between a child dying and a child living and we just think the law needs to change.

We need one clear law. All phones, hand-held and hands-free, need to be banned in cars – the only safe phone is one that is switched off.

How important is any phone conversation that lives are lost?”

If it’s hard to picture a life without answering calls in the car, there’s hope on the horizon.

Think talking on your hands-free while driving is safe? Think again, says new research on University of Sussex

Read next: Google.com is sporting a new design for some users