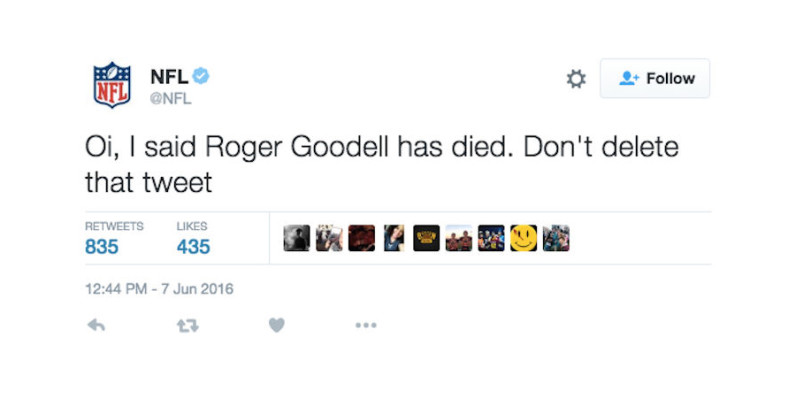 In the time the account was compromised, it followed one Twitter user whose account is now suspended. Presumably, the suspended account belongs to the hacker himself, and he was even kind enough to let us know the old password (which was much stronger than Mark Zuckerberg’s, who also got Twitter hacked this week).

The NFL has since regained control of its account, Twitter suspended the suspected hacker, Roger Goodell was resurrected from the dead, and all is right in the world.

Read next: Wix's new ADI tool uses artificial intelligence to build a Website for you