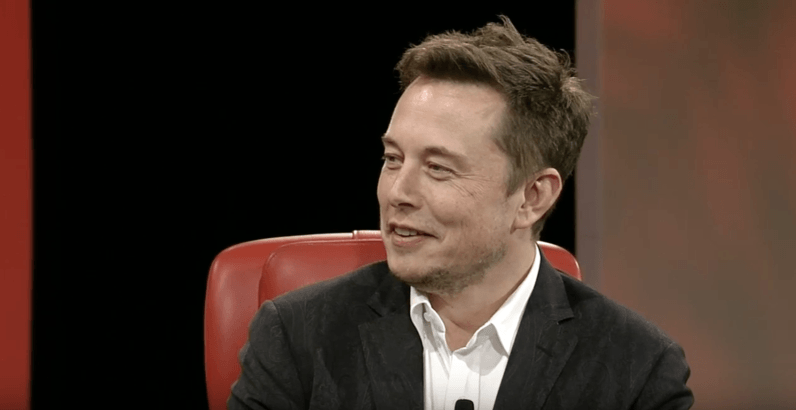 Elon Musk is no stranger to big ideas. Musk, the founder of PayPal, SpaceX, Tesla, Solar City and the brains behind the revamped Hyperloop, took to the stage yesterday at Recode’s ‘Code’ conference to offer up a few bold statements about the world we live in and where we’re going from here.

If Musk is to be believed, and it’s hard to doubt him at this point, we’re basically going to be zipping around in driverless cars between trips to colonies on Mars while trying to fight off robotic AI hell-bent on destroying humanity.

Here’s what else Musk had to say:

“The strongest argument for us probably being in a simulation is the following: forty years ago we had Pong, two rectangles and a dot, that’s what games were. […] If you assume any rate of improvement at all, the games will become indistinguishable from reality.”

Musk’s argument hinged on the idea that modern computing is making strides that — even if it were to slow considerably — would lead to games and simulations that were indistinguishable from reality. What if we were beat to the punch and these games already existed? Therefore, by Musk’s assessment, the chances of us living in “base reality,” or real life, are essentially “one in billions.”

This one probably stunned a lot of people, myself included.

“Google’s done a great job at showing the potential of autonomous transport, but they’re not a car company,” Musk said. “So they’d potentially license to other companies.”

“I wouldn’t say they’re a competitor,” he added.

When asked if Apple was a competitor, Musk found the comparison more favorable, although the thought they might be too late by then.

The assessment makes sense. You’d have to question Google’s desire to be a hardware (car) company rather than to create and license the technology, a far simpler — and more profitable — path forward.

Apple, on the other hand, is already a hardware company and the move would seem to make some sense going forward.

Completely autonomous cars are less than two years away

The slow-moving regulatory environment might provide additional hurdles but Musk believes they’ll be swayed, but only after seeing billions of miles of data first.

“I consider autonomous driving to be a basically solved problem,” Musk said. “We’re less than two years away from complete autonomy. Regulators however will take at least another year; they’ll want to see billions of miles of data.”

“If things go according to plan, we should be able to launch people probably in 2024 with arrival in 2025.”

Musk wasn’t quite clear on what those “things” were, but unlike self-driving cars, there are still numerous technological challenges — in addition to ethical quandaries — we’ll need to solve before humans set foot on Mars. Musk seemed confident, however, that we’ll meet the deadline and that humans will be debating which form of government would work best on the red planet — direct democracy, if you’re curious.

Musk has never shied away from doomsday scenarios involving rogue AI and the threat they pose to humanity’s future. At Code, he wanted to take a moment to remind us that we’re already cyborgs, basically. Musk pointed to the impact of social media handling our daily interaction with other humans and our reliance on computers to perform every day tasks… “Alexa, stop.”

“You have basically superpowers with your computer and your phone and the applications that are there,” he said. “You have more power than the president of the United States had 20 years ago.”

You can check out the entire interview below.