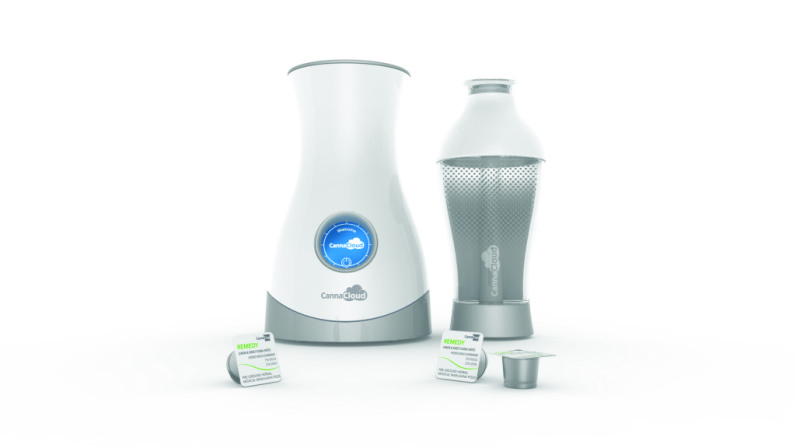 We knew technology would come to this: There’s now a Keurig for marijuana in the works.

CannaKorp is building a machine that lets you put weed pods into a device, and vaporizes it for your consumption. There will be a selection of pods available with different pre-measured marijuana types, and everything is ready to consume in just 60 seconds.

The CannaCloud is expected to cost around $149, and the Boston Globe reports that it is slated to arrive around “early next year.” That’s pretty reasonable considering a Keurig for chai tea that launched last week is asking for $249.

As you may have expected, it will only ship to states where marijuana is legalized. Massachusetts, where CannaKorp is headquartered, will vote on marijuana legalization this November.

If passed, Massachusetts is expected to see a huge increase in tax collections on weed sales. In Colorado and Washington, where both recreational and medical sales of marijuana is lawful, the Globe reports that each state sees upward of $900 million in tax collections in 2015 alone.

“We’re a company that’s medically oriented,” CannaKorp said. “However, we know that the recreational market is going to go crazy over this, and we like that.”

‘Crazy’ is putting it lightly.

on The Boston Globe

Read next: Olympus' crazy-rugged 4K action cam will stabilize your footage and track your stats