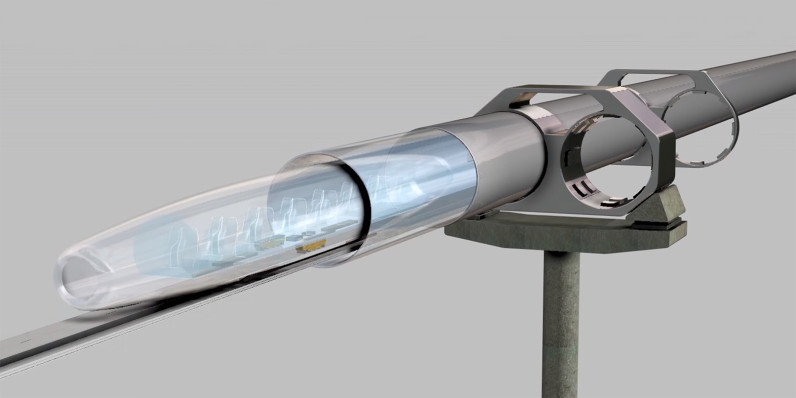 In 2013, Tesla and SpaceX CEO Elon Musk shared his idea for a blazing-fast and environment-friendly mode of transport: a train inside an airless tube, which he called Hyperloop.

Several research teams and companies ran with Musk’s idea, and it looks like Hyperloop Transportation Technologies is leading the race.

The company announced that it has licensed a passive magnetic levitation system to allow its passenger trains to travel at speeds of 760mph, while negating the need for power infrastructure, as well as offering increased safety over alternatives like MagLev.

Utilizing a passive levitation system will eliminate the need for power stations along the Hyperloop track, which makes this system the most suitable for the application and will keep construction costs low. From a safety aspect, the system has huge advantages, levitation occurs purely through movement, therefore if any type of power failure occurs, Hyperloop pods would continue to levitate and only after reaching minimal speeds touch the ground.

The system was invented by the late Richard F. Post at the Lawrence Livermore National Labs (LLNL). HTT says it worked with LNLL to develop and test it over the past year.

It differs from Musk’s original design, which sees a train floating above tracks that pumped compressed air in a low-pressure tube. A magnetic field created by powered magnets within the tube would propel the train to its destination.

There’s still plenty of work to be done yet: HTT plans to begin constructing a test track in California in the second half of this year, with the hope of opening its Hyperloop trains to the public in 2019.

It’ll have to work quickly if it wants to beat others like Hyperloop Technologies and a team from MIT that won Musk’s design competition earlier this year to the punch.