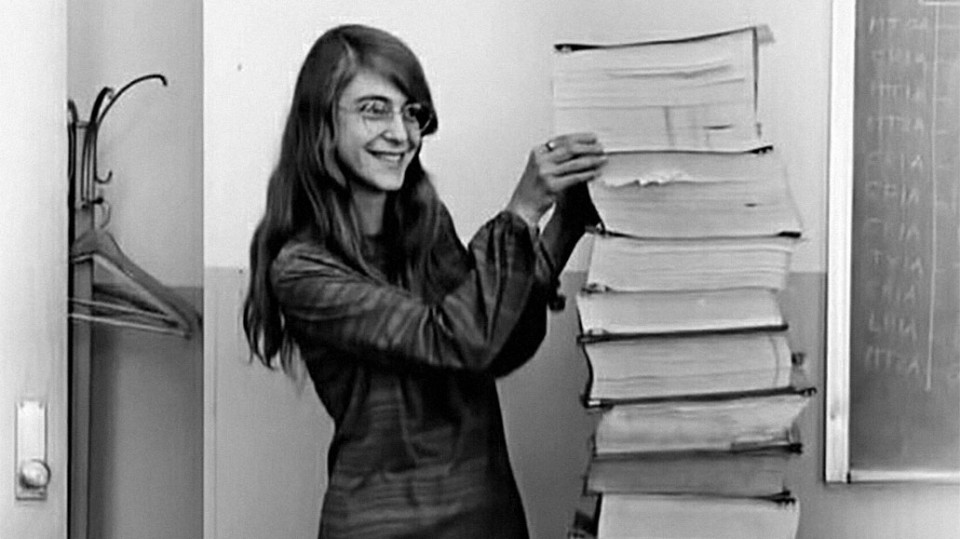 Long before tech pioneers like Steve Jobs and Bill Gates made their mark, there were people writing the first computer programming languages. They worked hard to figure out the mathematics that tell machines to make calculations; they envisioned the future of what we now call computers.

Many of those people were women.

They are the unsung heroes of computer science history, the ones whose thinking and innovation paved the way for computers and technology as we know it. There is much that girls today can learn from famous women in computing. With the future of jobs in tech, it’s more important than ever for girls to gain exposure to computing–its history and its future.

Women in computing, then and now

Hardcore programming is not a boys only club. People categorize female engineers as unusual or outside the box, when in fact women have a long history as mathematicians, engineers and computer programmers. Yet most historic female role models have largely drifted to the bottom of computing history knowledge. There’s also a lack of popular modern-day female role models in STEM, leaving a gap that many are working to fill.

Actress Amy Poehler, for example, founded Amy Poehler’s Smart Girls organization with producer Meredith Walker to help young people emphasize their intelligence and imagination instead of clamouring to “fit in”. Reshma Saujani founded Girls Who Code, an organization committed to closing the gender gap in STEM education by connecting the industry’s top female engineers and entrepreneurs to young women in after school clubs and summer immersion programs.

Poehler and Saujani follow a long line of pioneering women, most of them unknown and unrecognized by popular history, who have helped pave the way in computing. While they might not be household names, their ideas and inventions certainly are. Here are the lessons to be learned from each of these five influential women.

1. Ada Lovelace: Use logic and creativity to invent new things

Ada Lovelace, the daughter of Lord Byron, was tutored extensively in mathematics in the early 1800s because her mother did not want her to turn out like her father, a romantic poet.

At 17, she was introduced to Charles Babbage’s plans for a machine that he believed could do complex math calculations.

Asked to write about it for a scholarly journal, Lovelace envisioned that instructions could be loaded into a machine to do even the most complicated problems. Although Babbage’s machine was never built, his designs and Lovelace’s writings were examined by those who eventually built the first computer a century later.

Lovelace would later be credited as the first computer programmer.

Unable to find work as an engineer, she took a job at General Electric.

3. Grace Murray Hopper: Take things apart to learn how to fix them

Tiny in size but big on results, Grace Murray Hopper made a career out of shattering the glass ceiling. The computer scientist and United States Navy Rear Admiral worked on the first computer, the Harvard Mark 1, and she invented the first compiler which led to the development of COBOL, one of the first high-level programming languages. Decades later, COBOL is still used in business, finance and administrative systems.

Hopper had to get an exemption to enlist in the United States Navy Reserve in 1943 because she was smaller than minimum weight requirements; she would later graduate first in her class in 1944.

She was a pioneer in the Navy, programming early computers and fixing them when they broke down–a common occurrence back then, when computers were the size of rooms and were prone to overheating. Hopper was an adept and savvy problem solver, and kept the Navy’s computers running smoothly in the face of daily obstacles.

She’s credited with helping to popularize the term “debugging” after she fixed a computer glitch by removing a moth from a relay!

4. Radia Perlmann: Focusing on one thing that fascinates you can lead to world-changing results

Without inventions by Radia Perlmann, the internet as we know it today might not exist. Perlman’s most significant contribution to computer science was inventing spanning-tree protocol (STP), which makes the internet possible. She has also contributed to other areas of network design and standardization.

As a child, Perlman loved science and math, a love that would eventually encourage her to begin her career as a software designer and network engineer. At MIT, she took an Undergraduate Research Opportunity, during which she developed a child-friendly version of an educational robotics language, TORTIS.

She continued exploring the outer bounds of computer science and eventually developed STP, a world-changing creation that forms the foundation for the internet.

5. Parisa Tabriz: Turn a fun hobby into a career that protects millions

As the saying goes, love what you do and you’ll never work a day in your life. So how about being employed as a hacker to attack the company that you work for? That’s what Parisa Tabriz gets to do everyday as a professional “white-hat” hacker. Her deep knowledge and high level of skill in subverting security protocols has earned her the affectionate nickname, “Security Princess”.

Tabriz works at Google, where she heads a mostly-male team of 30 experts who work to find the vulnerabilities in Google Chrome before the malicious, “black-hat” hackers do.

While studying computer engineering at the University of Illinois, Tabriz was inspired by early hacker John Draper. Fascinated by his abilities, she learned how to put her skills to work as a hacker – but for good – and now spends her days beating criminals at their own game.

It’s all too common to hear about “gender appropriate” roles for women in computing or STEM careers. Perhaps this is because the field is currently dominated by men – at least one study states that men hold more than 75 percent of jobs in STEM.

However, these extraordinary women disprove the stereotype that women are not suited for such jobs. They follow a long line of women, extending back a nearly a century, who showed us what excellent mathematicians and scientists women can be. These change-makers, these pioneers can, and should, serve as role models for young women today.

It is up to everyone in STEM to educate them about what Ada Lovelace and Grace Hopper accomplished, and to emphasize that greatness does not hinge on race, gender or age – only ability.

Read next: Tim Cook is heading to China as pressure on Apple increases