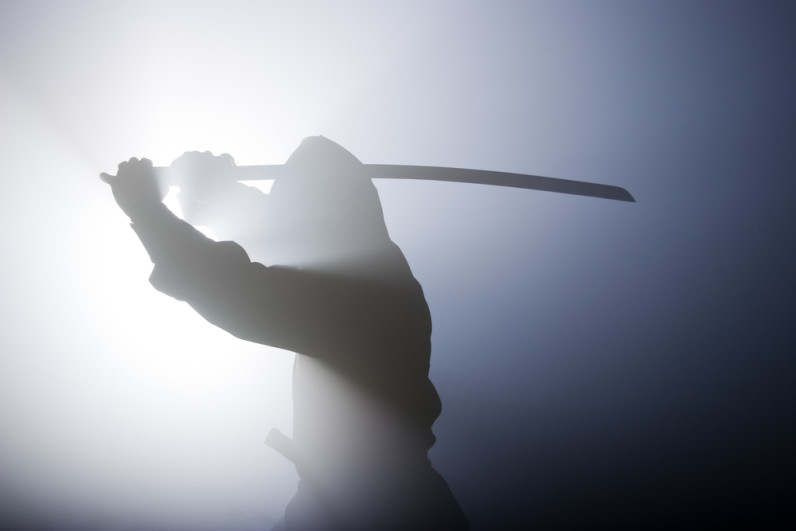 “Okay.” He paused as turbulence sent the plane suddenly rising and falling like a rollercoaster. “How long have you had your refrigerator? 10 years, 20 years, God knows.” He answered his own rhetorical question.

“Now imagine this. Imagine you had a computer for 10 years, 20 years and you never updated it. Maybe never had any virus software, but if you did you definitely didn’t update it. That computer would be a spam-bot.” He paused again. “Now you would never do that with a computer, but with an IoT refrigerator that’s going to happen. Before you know it your five-year old internet-connected refrigerator is going to have twenty invisible ninjas in it watching you. Twenty invisible ninjas that you will never, ever, know about.”

This is Peter Schmitt – MIT computer science graduate and serial tech entrepreneur. We sat next to each other on a plane from Boston to LA, and my millennial mind steered our conversation towards the internet of things, the buzz-word of the year.

Without losing a breath he said, “Now, that is going to be a disaster.”

The next half hour was consumed with the past and future horror stories that have and could result from the rise of the IoT.

Where I was in awe of the potential of the IoT, Schmitt, the technologist, was terrified of its dangers.

The IoT is going to cause untold security issues. The only solution is to NOT put smarts into things that don’t need them. But market forces and human nature, I think, will sadly dictate otherwise.

The power of the IoT is that it senses, collects and connects vast amounts of data from our daily lives to actionable ways of improving our lives. However, you might be surprised just how much information your devices are capturing. Once that data is collected it is at risk of being hacked.

Imagine what your internet-connected car knows about you. When you leave your house, where you go in your on and off hours, who your passengers are, where you drive your kids on the weekend, and much more.

How about your IoT television? Did you know that you’re not just watching it, but that it’s watching you too?

Or your new internet-connected baby monitor? Are you okay with your newborn’s private moments being live streamed on shodan.com?

In the world of the Internet of Everything, where Schmitt and most industry experts agree we are heading, our actual doors will be connected to the internet – what’s to stop a savvy hacker from detecting when you unlock and lock your door to leave the house and then remotely unlocking it?

WIRED hackers recently demonstrated that they could remotely kill a Jeep on the highway, and researchers hacked a Tesla Model S, enabling them to hot-wire the $100,000 car remotely.

The IoT is even keeping the NSA and FBI up late at night, because it offers unprecedented access to our most important infrastructure.

In short, when your life is internet-connected unless that connection is secure your life is also internet accessible.

Why the Internet of Things is so insecure

For a long time many engineers assumed that embedded devices were not targets for hackers, but those assumptions are rapidly changing.

The IoT has clearly become a point of risk after a spate of successful attacks – including the largest data hack in US retail history, a theft of 40 million credit card numbers from Target. The theft was accomplished through an internet-connected HVAC system.

The problem is that IoT technology is relatively new and, as a result, standards and regulation – read Sanjay Sarma’s article for more information on the need for regulation and standards – haven’t caught up to innovation. This increases the chance that new Internet of Things devices are being built with a greater number of vulnerabilities.

Devices are then mass produced with the same vulnerabilities, enabling hackers who exploit one device to replicate that attack across all devices.

Even if out of the box your IoT device is relatively secure, from there it is likely going to get less secure by the moment. Embedded systems are bound to be chronically unpatched – running old, vulnerable software. The reasons for this are three fold:

Therefore the vast majority of IoT devices eventually go unpatched, and, as a result, eventually will serve as hosts for malware or as Peter Schmitt called them: invisible ninjas.

So should you throw out all of your new Internet of Things devices and give up on using great new technology to improve your life?

Despite the high level of risk the potential usefulness of the IoT is just as high. Instead of throwing out or giving up on our IoT devices, we need to become smart power users and buyers.

So while we wait for regulation and standards in the industry to catch up to the technology, below are five easy tips on how to keep your IoT devices – and as a result your privacy and safety – as secure as possible:

Read next: Police use Facebook to tell alleged drug dealer's customers to stop calling and texting