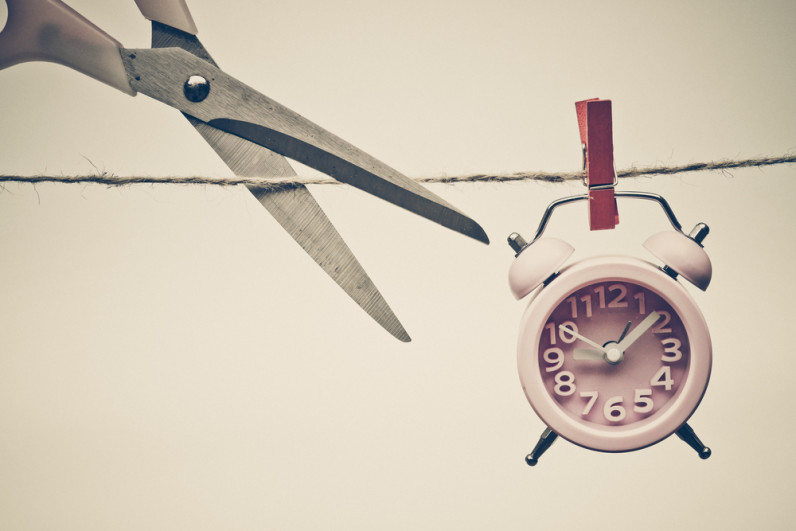 All of us procrastinate in one way or another.

I’m sure we can all remember putting off studying for that dreadful exam or thesis paper in college. But you’re not alone.

Over 25 percent of Americans think of themselves as chronic procrastinators, which is up from only five percent in 1978.

According to a research published in European Psychologist:

Procrastination is the voluntary delay of an intended and necessary and/or [personally] important activity, despite expecting potential negative consequences that outweigh the positive consequences of the delay.

So if we realize that there could be potential negative consequences for putting something off, what causes us to procrastinate?

Motivational psychologists have suggested that most procrastination comes from lack of incentive, where there’s a gap between intentions and actions.

This makes sense, as most of us will walk through blizzards if a million dollars was waiting for us on the other end!

Another example of procrastination due to lack of motive is displayed in a theory called social loafing. This is when people in groups are more likely to put in less effort to complete a task than they do as individuals.

There are many studies supporting the negative consequences of procrastination, such as increased levels of stress, anxiety, and relationship problems.

But is all procrastination bad?

The good type of procrastination

Paul Graham, essayist and the co-founder of YCombinator, classifies procrastination into one of three categories:

He argues that the last category of procrastination, “something more important”, is good procrastination. This is when you’re putting off smaller tasks to work on big tasks.

Another name for this is the “absent-minded professor”:

who forgets to shave, or eat, or even perhaps look where he’s going while he’s thinking about some interesting question. His mind is absent from the everyday world because it’s hard at work in another.

Here are some examples of small tasks:

John Perry, a professor at Stanford University, also supports the concept of good procrastination, by stating that structuring your procrastination time can actually help you get more done.

Here’s a great chart we found that illustrates this point:

1. Design your day into multiple breaks

Our brain is like any other muscle. It needs to take quick breaks to rest and recharge, just like you would at the gym.

A powerful method that allows you to take frequent breaks is called the Pomodoro technique. It was introduced in the 1980’s and was named after the pomodoro kitchen timer.

There are great extensions you can download, such as this Google Chrome extension, where you can set up timers and notifications on your tab.

I’ve tried this myself, and I was pleasantly surprised how much you can actually get done in 25 minute cycles. Since you’re taking more breaks, you end up with more energy and focus during your 25 minute work cycle.

2. Get rid of the FOMO mindset

Our human brain is only capable of processing a limited amount of information at once. When we’re presented with limitless options and potential decisions, we face what psychologists call analysis paralysis.

We’ve also seen the rise of a new form of analysis paralysis, called FOMO (Fear of Missing Out). This Fear of Missing Out syndrome apparently affects 70 percent of adults, according to a JWT survey, especially as we receive distracting notifications every few minutes.

This form of paralysis happens because with more options available, there are more opportunity costs to endure. But avoiding analysis paralysis doesn’t require a magical solution, it involves getting rid of the perfection mindset.

Instead of wondering about the things you should say yes to, start thinking about what you should say no to. There’s a lot of power and control that re-enters your life when you start focusing on the opportunities that will truly move the needle for your goals, and saying no to the rest.

Derek Sivers described it best in his blog post:

If I’m not saying “HELL YEAH!” about something, then say no.

Meaning: When deciding whether to commit to something, if I feel anything less than, “Wow! That would be amazing! Absolutely! Hell yeah!” — then my answer is no.

3. Schedules are greater than to-do lists

If you want to know how to avoid procrastination, scheduling your task is more effective than putting it on your to-do list.

Upon researching the successful habits of over 200 billionaires, Olympic athletes, and entrepreneurs, Kevin Kruse reported that none of them mentioned a to-do list.

According to Kruse, there are a few key weaknesses of a to-do list:

Doesn’t account for time. When we have a long list of tasks, we tend to tackle those that can be completed quickly in a few minutes, leaving the longer items left undone. Research from the company iDoneThis indicates that 41 percent of all to-do list items are never completed!

Doesn’t distinguish between urgent and important. Once again, our impulse is to fight the urgent and ignore the important. (Are you overdue for your next colonoscopy or mammogram?)

Contribute to stress. In what’s known in psychology as the Zeigarnik effect, unfinished tasks contribute to intrusive, uncontrolled thoughts. It’s no wonder we feel so overwhelmed in the day, but fight insomnia at night.
Instead, you should use a calendar to schedule your priorities and tasks.

A schedule helps you prioritize what you need to get done, like memorizing 30 words a day or learning Spanish in the morning, and also accounts for time.

While rewarding yourself works in the short-term, it’s not sustainable in the long-run because our brains will build a tolerance to the rewards.

According to the bestselling author of Better than Before, Gretchen Rubin states that:

One common form of reward is the attainment of a goal, and that reward marks a finish line — and a finish line marks a stopping point. Once we stop, we must start over, and starting over is harder than starting.

The second reason why rewarding ourselves for achieving small goals can be dangerous, is that we often choose perverse rewards. How many times have we heard the saying: “I’ve lost 20 lbs this month, so I deserve to eat a chocolate cake!”

Being productive and avoiding procrastination is like building a muscle. We can’t go to the gym once and come back a few months later, we need to continue to train it.

One of the biggest reasons why people procrastinate is that they don’t understand their “why.”

When you understand the purpose behind why you’re doing something, it becomes significantly easier to persist through.

Think about the most inspiring public figures in the world, such as Nelson Mandela or Steve Jobs. They had a clear vision of what they wanted to achieve because they deeply understood why they were doing it.

For example, if you’re learning Spanish: ask yourself what the rewards are for knowing how to speak Spanish? Who will you become? What opportunities will open up for you?

Is it so you can go and live in Spain? Are you looking to expand your career opportunities? Maybe you already have a Spanish-speaking family member.

Focusing on the benefits and the end result will push you to overcome the inevitable obstacles in your way, as long as the rewards are greater than the costs.

Read next: A lifetime of file-sharing with CloudApp Pro Lite is now 91% off at TNW Deals