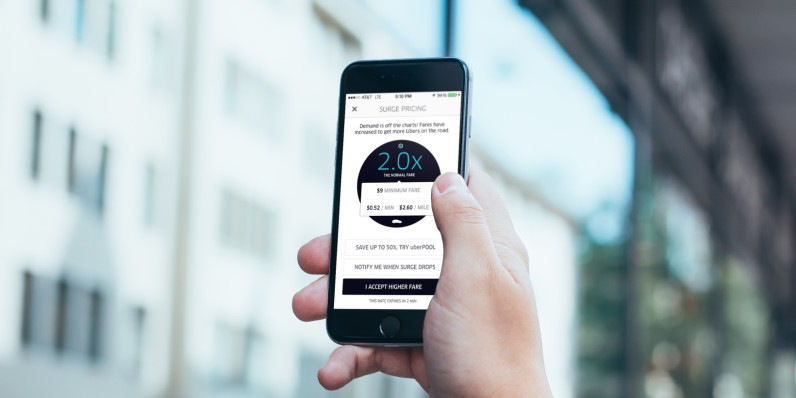 On-demand cabs are great, except when they’re unavailable or cost a bomb thanks to surge pricing.

For years, companies like Uber have used a system that raises cab fares to meet high demands during rush hour; they say that the increased rates, calculated using an algorithm, incentivize drivers to get out on the streets so that more vehicles are available to users.

However, it means that passengers can expect to pay as much as four or five times the cost for traveling the same distance.

In India, local governments are trying multiple approaches to manage the issue for passengers. Surge pricing has been banned in the capital city of New Delhi as of Monday, while in the southern state of Karnataka, a cap on taxi fares was implemented earlier this month.

Meanwhile, Lfyt has removed its 3x fare cap in the US.

So how’s this working out? It’s worth noting that New Delhi is currently running a scheme to curb pollution and ease traffic, which sees cars with license plates ending in odd numbers allowed on the road on odd-numbered days of the month, and vice versa for cars with even numbers. That means that many more people will need rides to work and back.

But the ban on price surging in the city apparently caused more problems than it aimed to solve: Uber said in a statement that more than 40,000 users in New Delhi were unable to book a cab through its service on Tuesday due to a lack of availability.

Of course, that doesn’t tell us much unless we know how many cabs Uber has on its platform, and it won’t share figures by city. The company has 250,000 drivers signed up across 26 cities, including major metros like New Delhi, Mumbai and Bangalore.

Uber maintains that surge pricing is an attempt to meet the demands of consumers with limited supply.

On the other hand, the state of Delhi’s chief minister described surge pricing as ‘daylight robbery’ and as such, intends to impose the ban on it even after the odd-even scheme is concluded at the end of this month.

Surge pricing is daylight robbery. No responsible govt can allow that(1/2)

Some taxis saying they will not provide cab if they are not allowed to loot. This is open blackmailing n govt will not let that happen(2/2)

What about Karnataka? The state’s transport minister Ramalinga Reddy told The Economic Times earlier this month, “We have not allowed the surge pricing because the purpose of using the technology is to increase service standards for cab users at competitive fares.”

Although not entirely based on the same principle, it appears that neither state wants to allow cab companies to make more money than the capacity of their fleets will allow them, at the rates they advertise.

There’s some sense in this. Government authorities don’t have any oversight of the actual supply and demand of private cabs in real-time, so it’s impossible for anyone except cab companies to know if there is truly more demand for rides than there are cars available.

If a company like Uber dominates the private transport sector in a city without any price regulation, it can charge customers whatever it likes, whenever it wants, and make a killing round the clock – regardless of whether there’s an actual need for surge pricing.

It’s also important to consider the ground realities of the places in which these regulations are being implemented. In Karnataka’s capital of Bangalore, where I’m from, government-authorized autorickshaws routinely refuse passengers if their destination is inconvenient for them or they demand higher fares than their meters count. Policing more than 150,000 rickshaws has proven difficult for transport authorities, and so their errant behavior continues to go unchecked.

At the same time, the fact that surge pricing affects citizens so deeply points to poor public transport options. For example, Bangalore’s metro rail system covers only a handful of routes; its buses are frequently overcrowded and unreliable because of the city’s maddening traffic.

If the government doesn’t fix these problems, people will be forced to choose cabs for their commute, and find themselves stranded when drivers aren’t sufficiently incentivized to make trips.

It isn’t immediately clear whether a ban on surge pricing is good for passengers. However, it’s likely that a one-size-fits-all approach won’t work across the globe.

Do you think a ban on surge pricing for cab services will benefit users in your town? Let us know in the comments.

Read next: These are the 'well-intentioned' people who want to kill encryption