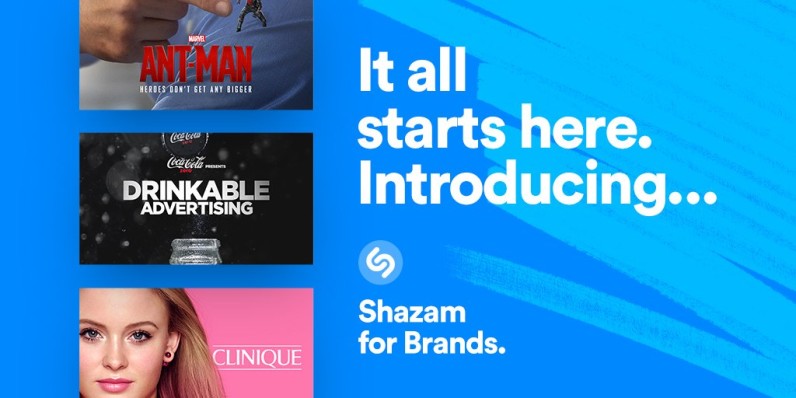 Shazam made its name for its music recognition technology, and since then has tried to get users to scan anything from TV commercials, radio spots, and print ads.

While it’s clear that Shazam has grown into more than just a song discovery tool, tomorrow the company will launch Shazam for Brands, an initiative to make just about everything Shazam-able.

Shazam has worked with brands for quite a while, but the initiative will act as an official landing page for those interested in incorporation its technology into their marketing.

It started with Coca-Cola – earlier this month, the two companies collaborated on a new bottle design that lets users Shazam the label to create a video of themselves lip-syncing whatever song was displayed on the bottle. Shazam has also worked with brands like Nike and Clinique to let fans unlock virtual experiences.

By adding a Shazam feature on their packaging or display, Shazam will offer advertisers insights on consumer engagement or find them an appropriate musical artist for potential sponsorships that make sense for their shared demographics.

The company will also use beacons and “audio watermarking” so even live events can be scannable through Shazam’s technology. While it may not feel the most natural to scan a cereal box or sounds at your nearest theme park, it’s clear Shazam wants to be the new QR code. And unless people start getting creative with QR, Shazam may soon overtake it as the new global standard.

Read next: 'Shock Clock' is the wearable that's sure to get your lazy ass out of bed