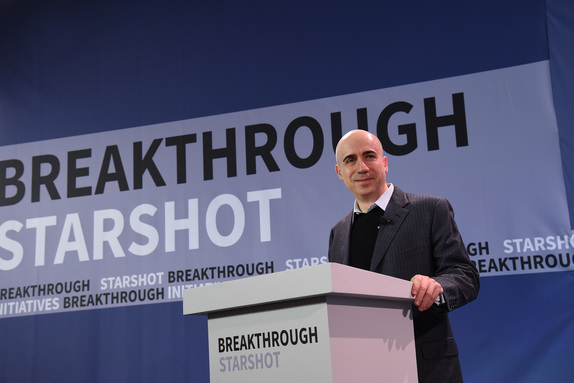 Russian billionaire Yuri Milner announced last year that he was investing millions in the search for radio and light signals from aliens.

Well, now Milner has gained a like-minded partner to help speed up his search – Stephen Hawking.

Under Milner’s Breakthrough initiative, the pair has announced that they are launching a $100 million research and engineering program called Breakthrough Starshot, which they hope will lead to an eventual voyage to our nearest neighboring star system in search of extraterrestrials. Facebook’s Mark Zuckerberg is also joining the program’s board.

So, the first step for the program is to develop ‘nanocrafts’ that will be able to travel at up to 20 percent the speed of light. This will allow them to pass Pluto in three days and reach its destination – Alpha Centauri – in just over 20 years. That’s not a bad travel time for a distance of 25 trillion miles (4.37 light years).

Each of the crafts is expected to carry cameras and have a built-in GPS to search deep space for habitable planets, which Hawking claims is a necessity. During the announcement he said:

Earth is a wonderful place, but it might not last forever. Sooner or later, we must look to the stars.

While Hawking, Milner and Zuckerberg are certainly accomplished men, I’m not sure I would trust the three alone to find me a new planet to inhabit so thankfully, the program is being headed up by the former director of NASA’s Ames Research Center, Pete Worden.

Worden said the team, which will consist of world-class scientists and engineers, will be taking inspiration from the great missions, like Apollo and Voyager, to hopefully kickstart the era of interstellar flight.

So, if you’re considering a relocation in the next twenty years or so, don’t limit yourself to just looking at earth. Take a look up to the sky.

Read next: This app writes '100% unique' content in 2 minutes for a dollar – too good to be true?