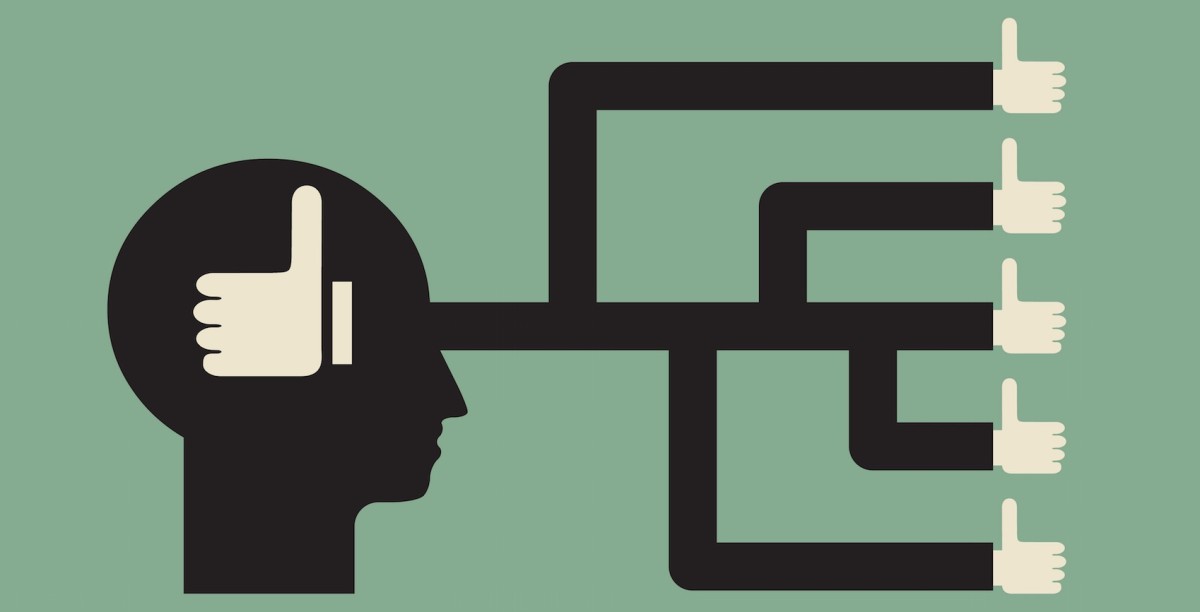 Influencer marketing was huge in 2015. Just take a look – it’s been on a pretty fast trajectory recently.

That presents a challenge to marketers who have been doing it for awhile. Sure, you might have a network that’s engaged with your content and a few VIPs you can rely on to help promote, but they’re getting busier as more companies try to work with them.

With more companies start sending outreach emails, it’s getting harder to get the attention of your targets. The key is following the right steps in planning, research, and nurturing relationships consistently.

To demonstrate the entire process from start to finish, Paul May, co-founder of BuzzStream, joined us for a webinar last week walked us through the real, complete influencer strategy involved in the launch of a previous BuzzStream ebook.

All of your research and all of your planning should revolve around your goals and set KPIs.

In BuzzStream’s ebook, they wanted to drive marketing qualified leads to their product. They had KPIs around trial signups, email subscribers, shares, and ebook downloads. This covered each step of the funnel involved in driving social conversation and generating leads from it, the two main goals.

Before reaching out to influencers or building a list, you need to understand the influencers in your industry. Map out the different segments.

In Paul’s case, they discovered 3 different main types of influencers reaching their target market. The BuzzStream team then broke those down further into profiles of influencers they were looking for, such as link building thought leaders and search marketing journalists.

When mapping the landscape, you need to ask:

To truly understand your influencers, you need to know what will make them say “yes.” What motivates them to say that?

This will be different for each type of VIP you’re targeting, so it’s important to segment them out and get specific with asking “what’s in it for me?” from their perspective.

It’ll also help you identify challenges. For example, Paul anticipated that journalists and high influence bloggers aren’t likely to write about gated content, and social influencers are more likely to link to a blog post than a landing page.

By knowing that from the start, BuzzStream made up for those objections when planning the content itself, as you’ll see below.

3. Build an influencer strategy to content promotion to goals and KPIs

BuzzStream decided to leverage their different segments of influencers at different times.

Reactions from one segment could help convince others, helping overcome objections we talked about earlier – people might be more willing to share gated content by a certain influencer they love, for example.

Influential content creators were brought in to collaborate on the ebook itself. When other targets will be harder to win over, these partnerships may convince them to promote. Each collaborator was chosen carefully based on specific audiences BuzzStream was trying to reach.

For BuzzStream’s peer influencers, advocates, and customers, they offered early access to help promote it during the actual launch. They also solicited feedback and incorporated it into the final product, giving those whose tips were used more incentive to share.

There are several tools you can use to research influencers.

BuzzStream Discovery is a new search engine for influencers that’s free while it’s in beta. You can use it to find collaborators and get a sense of their engagement levels and audience size, along with the kind of content they’re creating.

You can also always use Google, but it’ll take some advanced search operators and techniques to drill down far enough to find what you need. Enhancing the results with the Mozbar plugin will also help you analyze the links’ online footprints.

Then you can add it into a marketing CRM or another outreach tool, like BuzzStream or Salesforce.

5. Nurture relationships before the ask

Don’t be that guy or girl introducing yourself by asking someone to promote your content. We’ve talked before about building relationships before you need them.

Paul uses Twitter lists in TweetDeck and Mention’s influencer dashboard to engage with and nurture influencers talking about a certain topic.

Mention lets you easily engage and begin to nurture influencers talking about a certain topic by following or tweeting to people from the dashboard. And once you find influencers whose radar you want to get on, you can put them on a private list to follow closely.

The main thing I took away from Paul’s strategy? It’s no longer enough to reach out to someone with a finished piece and ask, “hey, wanna share?”

If you want influencers and thought leaders to promote your content, they should be much more heavily involved. You should be engaging with them before and during the content creation process, involving them in the actual content, and using their feedback.

In the crowded inboxes of influencers, they need to see a real reason to pay attention to you.

Read next: The FBI reportedly worked with hackers to build an iPhone-cracking gadget