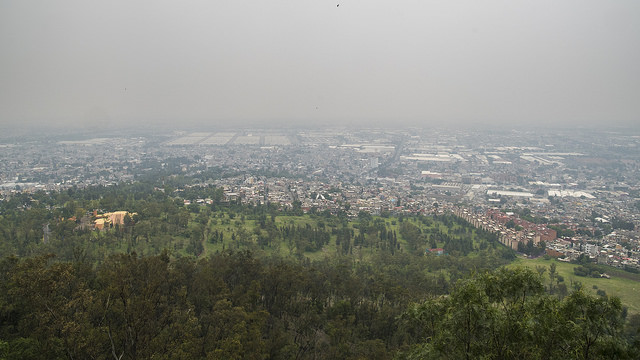 In a situation that’s part perfect irony and part scene from ‘Blade Runner,’ it seems that the pollution in Mexico City has gotten so bad that Uber’s surge pricing goes crazy when the air is practically unbreathable.

Quartz spotted the account in a Spanish-language newspaper, indicating that surge prices hit nearly 10 times the normal rate when the pollution level hit 40 percent. The problem is two-fold: more people want to ride to risk contributing to the pollution, and less people can drive due to city regulations.

The result: high prices normally reserved for holidays. The typical backlash ensued, as angry people took to Twitter to vent their frustration over using the service for such a high cost.

Uber responded in its usual way as well, saying in a Spanish-language blog post that surge pricing helps keep as many cars on as possible in response to the high demand. Additionally, in previous bouts with pollution-based demand, Uber attributes the completion of 100,000 additional rides to surge pricing.

In short, the stance continues to be: you get what you pay for. But I’d hazard to say that doesn’t provide much comfort to Mexico City residents, who must pay up to get out of the house when pollution is high.