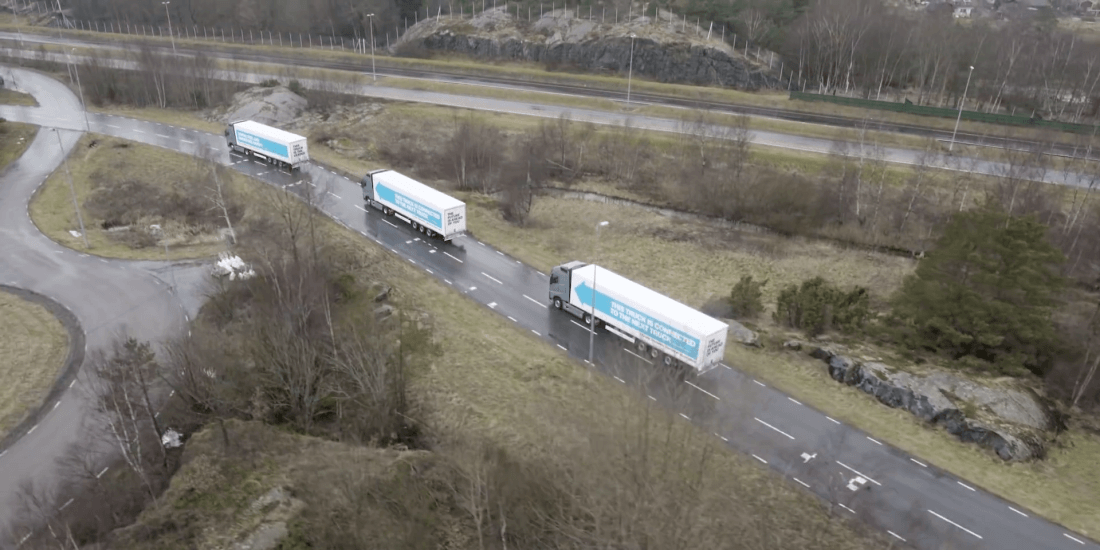 Nearly a dozen trucks just completed a week of mostly-autonomous driving across Europe today. The trucks departed from one of three bases in European countries and completed their respective journeys in Rotterdam.

One of the trucks, made by Volkswagen, traveled more than 2,000 kilometers (1,242 miles) and managed to make its way across four international borders along the way.

The trucks were all from major manufacturers like Volvo, Daimler and Volkswagen and were taking part in the European Truck Platooning Challenge.

“Platooning” is a formation (called “drafting” in the US) that sees each truck follow closely behind its predecessor in an attempt to cut down on wind resistance. The formation reduces fuel use by up to 15 percent and can help to reduce congestion on roadways, according to a study by research firm TNO. It also significantly reduces fuel-related expenses — two trucks logging 100,000 miles annually stand to save more than €6,000 ($6,844) on fuel.

The goal of the event is to spread awareness about the utility of self-driving cars, and fleet vehicles in particular as Europe seeks to create a roadmap for the next several years of autonomous driving.