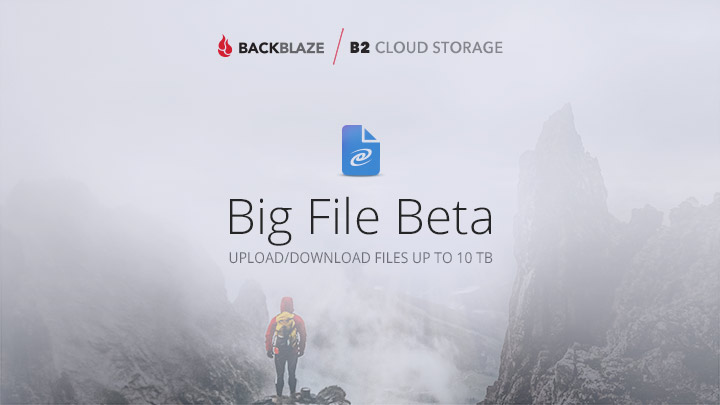 Backblaze launched a surprisingly low-cost alternative to Amazon S3 late last year which was a shock to many – just $0.005 per GB per month, which significantly under cut Amazon’s price of $0.022.

Now, the company’s expanding B2 and getting even bigger: it’ll now support 10 TB files, which is twice the limit of what both Amazon S3 and Google’s Cloud allows. These can be downloaded via the Web interface, command line or the API.

It’s also announcing a snapshot feature that allows developers and users to grab a moment-in-time image of the file system, up to 10 TB, to ensure that nothing is ever lost.

An additional new large file API allows developers to break files up into smaller segments for faster upload, rather than requiring them to upload an enormous file sequentially.

For developers, B2 is a boon for apps that require storage at a massive scale. Dropbox, which recently began to build its own infrastructure, cited price as one of the big reasons to run its own cloud, but with Backblaze’s dirt-cheap prices, even at that scale it might not be necessary any more.