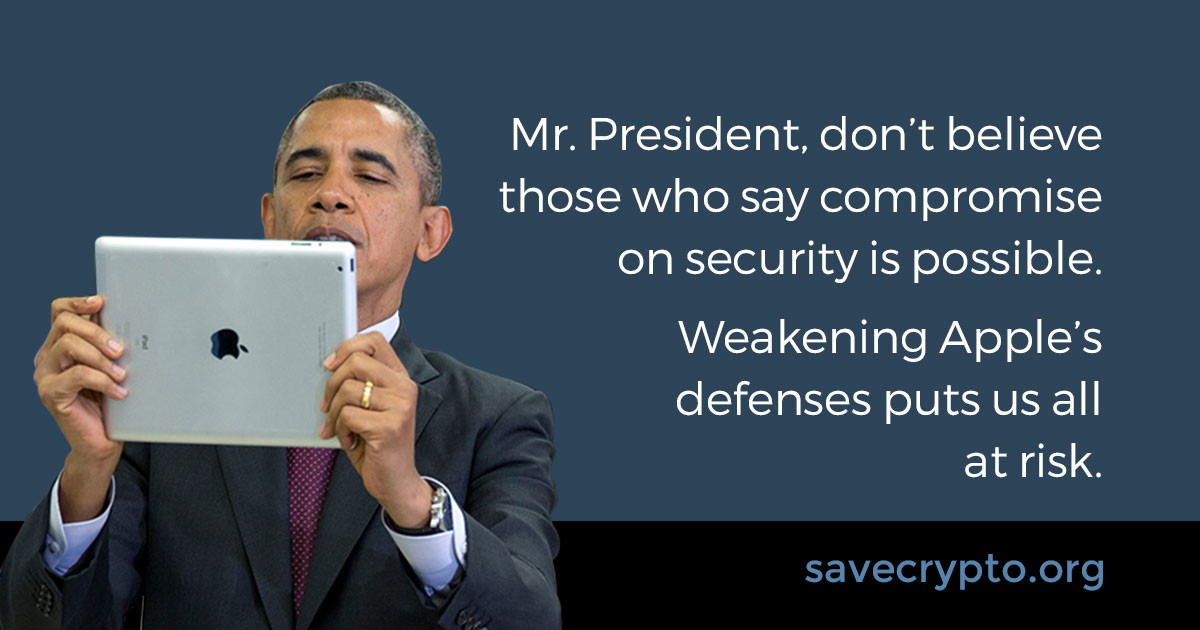 While Apple awaits a congressional ruling in its high-profile battle against the FBI, Access Now, the American Civil Liberties Union (ACLU) and the Electronic Frontier Foundation (EFF) issued a joint statement to remind all of us that we’re in this together.

Apple is engaged in a high-profile battle against a court order demanding it write, sign, and deploy custom computer code to defeat the security on an iPhone. As civil liberties groups committed to the freedom of thought that underpins a democratic society, this fight is our fight. It is the fight of every person who believes in a future where technology does not come at the cost of privacy or individual security and where there are reasonable safeguards on government power.

The strongly-worded call to action touches on several key points in Apple’s fight, specifically how the FBI-ordered backdoor would lead to a breakdown of civil liberties, privacy and the right to due process.

TNW has touched on this topic before — calling Apple’s fight against the DOJ the most important in the history of data security — but Access Now, the ACLU and EFF are calling for action, not just understanding.

The three organizations are requesting your assistance in signing an online petition that hopes to make the US government accountable by calling on President Obama to affirm his support for strong encryption and reject any law that seeks to weaken it.

Currently, the petition has over 100,000 signatures.

The EFF provides additional material to spread awareness at the link below, such as pre-written tweets and Facebook messages, or an image to use in social or blog posts.

➤ The Apple Fight Is About All of Us [Electronic Frontier Foundation]