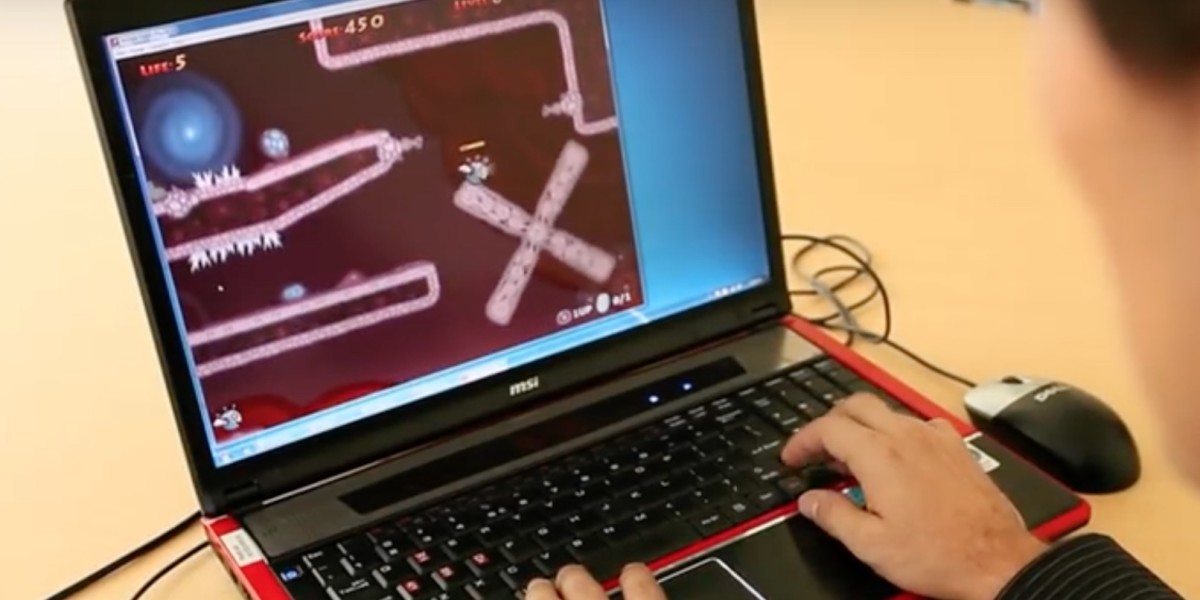 SXSW is known as the tech conference at which bizarre things happen, whether its people queuing for hours to have their photo taken with a cat, or companies spending huge amounts of money to build promotional landmarks, such as a life sized TIE Fighter. But quietly and away from the crowds, SXSW also showcases examples of amazing projects that use technology to completely transform lives.

At a panel yesterday titled, Hacking the Brain to Treat Paralysis, Ian Burkhart told a packed room about the accident that left him a quadriplegic. Burkhart volunteered to undergo pioneering brain surgery during which a tiny chip was implanted into his brain.

The chip sends brain signals to a computer, which then recodes the signals and sends them to an electrode sleeve that stimulates the muscles in the arm. Within a tenth of a second Burkhart’s thoughts are translated into whatever action he wants to take.

On the panel with Burkhart were neurosurgeon Ali Rezai, professor and research physiatrist Marcie Bockbrader and electrical engineer Nick Annetta, who developed the software and algorithm that interprets the brain signals and recodes them for the stimulation sleeve.

Working together this team developed the medical and technological approach that led to the incredible breakthrough demonstrated in the video. All the panelists expressed the sentiment that this development is only the start of the journey for this type of technology and the team is about to expand the project to work with four other patients.

HopeLab is also using technology to improve lives. Its video game Re-Mission helps children with cancer to better understand their illness but the game isn’t only a way to help the children psychologically by improving their confidence about fighting the cancer, research has also shown that playing it makes it more likely they’ll stick to their treatment programme. At the end of 2015 HopeLab launched Re-Mission 2.

One area that is seeing a particular surge in socially minded tech innovation is in relation to the European refugee crisis. Harald Neidhardt is a Hamburg based entrepreneur who got together with Cisco to create a solution that helps refugees entering Germany.

Many refugees are in need of immediate medical attention for physical or psychological trauma but language barriers can cause challenges for the medical professionals trying to treat them. Neidhardt and Mirko Bass from Cisco refurbished a shipping container, fitted it with wifi and partnered with an online translating service.  Medical staff can now access instant translation for over 50 languages.

Following the success of this initial project, a local foundation has now donated $1 million for 10 more of these medical containers plus 10 waiting rooms.

Other tech projects that aim to address the refugee crisis include Techfugees, which organizes meetups and hackathons to help devise practical solutions to deal with the many challenges facing refugees and asylum seekers, and Refugee Open Ware, a not for profit consortium that provide the tools, training and skills to teach people how to digitally fabricate the things they need. One area they are exploring is the use of 3D printing to provide custom made prosthetics for those living in refugee camps.

Read next: This Florida sheriff will jail 'rascal' Tim Cook if he doesn't open up the iPhone