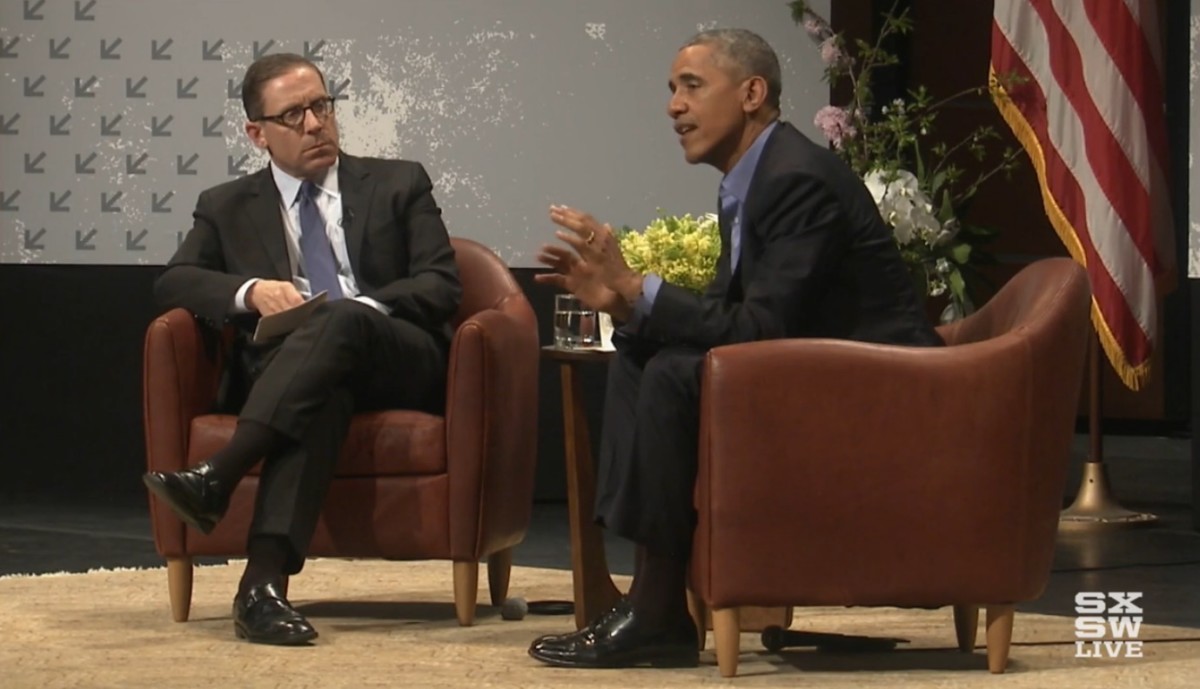 President Barack Obama today kicked off SXSW with an opening keynote urging attendees to utilize technology and innovation as a way to encourage civic engagement. It is the first time a sitting president has made an appearance at the Austin festival.

“We are at a moment in history where technology, globalization and the economy is changing so fast,” Obama says, “SXSW brings together people who are at the cutting edge of those changes.”

The president was criticized this week for skipping former first lady Nancy Reagan’s funeral to give his keynote. Though he did not address it, he did say he came to Austin with an important purpose.

“The reason I’m here is to recruit all of you, and say to you as I’m about to leave office – how can we come up with new platforms and new approaches across skill sets to solve some of the biggest problems we’re facing today?”

Obama cited today’s hottest technology, such as on-demand apps and services, as the type of innovative thinking that could be applied to solve government-related issues.

“We systematically make it harder for our citizens to vote. It is much easier to order pizza or a trip than it is for you to exercise the single most important task in democracy,” he said.

Obama claims that his harshest critics tend to focus on the failures of his administration – such as the many technical glitches with Healthcare.gov.

“When government does great things, we take it for granted and it’s not a story. But these people are checking the weather on their phone, lo and behold, there’s a government satellite facilitating all that.

“Part of our task is to tell a better story about what government does,” he said. “If suddenly you have the capacity to interact with the government to help you understand why taxes are important, [for example,] then people’s attitudes change.”

This stance, he says, is why initiatives like ConnectEd and Computer Science for All were created to not only encourage tech communities to innovate for the government, but to also provide opportunities to those without regular access to the Web.

“These are solvable problems. It’s not a matter of us passively waiting for people to solve them,” he said. “[If] we use technology, data, social media in order to join forces around problems, then there’s no problem that we face in this country that’s not solvable.”

The keynote also briefly touched on the topic of encryption and privacy in light of the FBI and Apple case, but POTUS declined to make official comments. Instead, he questioned the balance between personal privacy and the safety of the greater society.

Still, he continued to push for the audience to use technology as leverage for democratic participation.

“In 10 months, I will not have this office. It has been a great privilege of my life, but I’m not going to stop promoting the best most peaceful, tolerant, ecologically responsible America.”

Read next: Obama on FBI v. Apple, encryption: 'We can't fetishize our phones above other values'