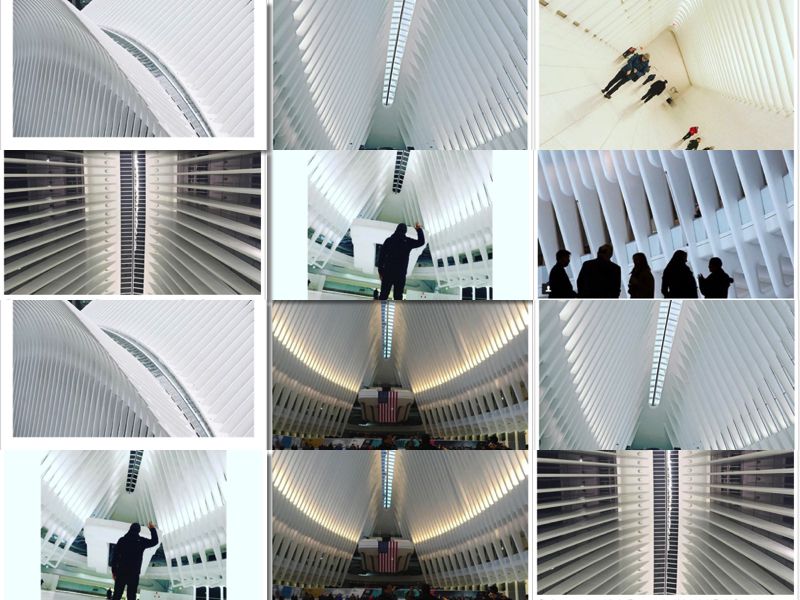 New York City has unveiled its newest transport destination – and in the process has become an Instagram lover’s paradise. The World Trade Center Transportation Hub, built by architect Santiago Calatrava is a temple of soaring white lines, glass and giant marble floors.

Which means it’s perfect for either a Moon, Lark or Reyes filter.

The Hub connects the PATH railway to the New York City Subway system and allows pedestrians to walk from the Fulton Center to the Battery Park City Ferry Terminal without having to go above ground.

“I was there and saw the Spirit come down on him like a dove from heaven. And the Spirit stayed on him.” ‭‭[John‬ ‭1:32‬ ‭CEVUS06‬‬] #oculus #worldtradecenter #transportationhub #resilience #doveinspiredarchitecture #newyorkcity #revival #downtown #hope #faith

The station is only partly open to the public right now, with the main attraction being what Calatrava calls the ‘Oculus’ – which means ‘a round or eye-like opening’. We are unable to verify whether this name was a nod to Palmer Luckey’s device of the same name.

My silhouette is featured in the New York Times’s @nytimes article on the World Trade Center Hub that opened today!!! 😱

The giant atrium features curved, steel-ribbed walls that rise 160 feet like a pair of immense clamshells toward a ribbon of glass that is the giant hall’s skylight. According to the New York Times, it can be hired out as an event space.

The station has – thanks to security issues after 9/11 and the bureaucratic mess that ensued – been consistently delayed and cost $4 billion to construct. As a comparison, Grand Central Station cost half as much – and was entirely funded with private money.

Has it been worth it? Well, these Instagram users certainly seem to think so.

Read next: Facebook is finally forced to face its tax dodging in the UK